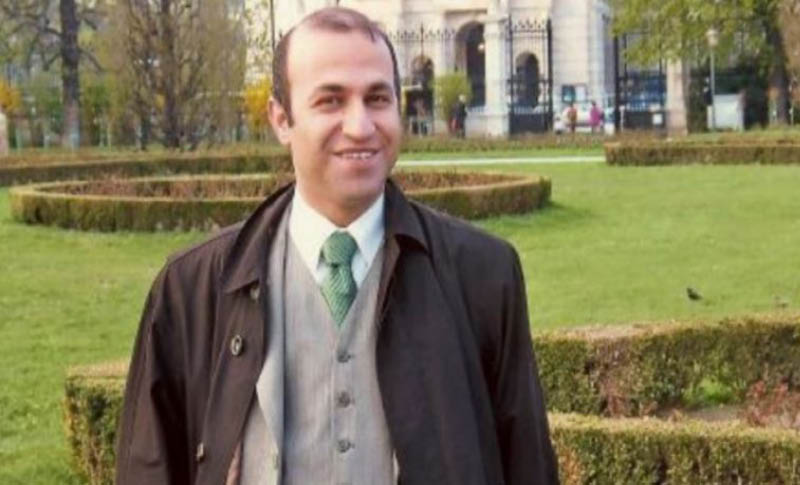 On Monday, September 16, 2107, Amnesty International raised attention on the situation of Iranian-Austrian citizen Kamran Ghaderi, who is imprisoned in Iran, and warned that he needs medical attention and treatment to treat a tumor that is being monitored.

Amnesty International said in a statement: “Kamran Ghaderi, an Iranian-Austrian businessman sentenced to four years in prison, was tortured and pressured during interrogations to confess to collaborating with hostile governments against the Islamic Republic of Iran.”

The international human rights organization stated that Kamran Ghaderi “has been denied access to his lawyer and his family and now needs medical treatment and treatment for left-sided tumors.”

Kamran Ghaderi was denied access to a lawyer in the first seven months of his detention and had met with a lawyer just two days earlier, the statement added. He has also been denied access to consular assistance.

Amnesty International also says that the health of Kamran Ghaderi has deteriorated since his arrest and he needs continued medical attention.

According to the report, Kamran Ghaderi was arrested by the Ministry of Intelligence on January 8, 2009, when he arrived at Khomeini Airport in Tehran.

The international human rights organization has emphasized that Kamran Qadri’s right to a fair trial, including the right to a lawyer, has been violated.

Last year, the Campaign for Human Rights in Iran reported that Kamran Ghaderi, who is in Evin prison, suffers from “a tumor on his leg” and a “waist disc”.

According to the source, Kamran Ghaderi underwent surgery for a lumbar disc in February but was returned to prison after surgery without physiotherapy.

Kamran Ghaderi holds a doctorate in electrical and electronics from the Vienna Technical University and is an IT activist.

Prior to his arrest, he had traveled to Tehran on numerous occasions as part of his scientific and research trips and business dealings and had encountered no problems. In October 2008, Mr. Ghaderi traveled to Iran with the Austrian President and a delegation of economic activists.

In recent years, Iran has arrested a large number of dual nationals under various charges, including espionage.

In other news, the Australian couple who were arrested on vague charges in Iran 10 weeks ago and jailed in Evin prison, has been identified as Jolie King and Mark Firkin. The couple had been blogging a globe-trotting adventure since 2017.

The couple is believed to have been arrested “for flying a drone near the capital, Tehran”, which their families have reportedly said was a misunderstanding, while other evidence suggests the couple had been camping in a military area around Jajrood in Tehran province.

Their trial hasn’t been held yet and it’s not known what the Iranian authorities want from this arrest. However, Tehran has a history of jailing foreign nationals to put pressure on their countries of origin and has expressed a willingness to engineer prisoner swaps.

Iranian Foreign Minister Mohammad Javad Zarif proposed a prisoner swap involving Iranian Negar Ghodskani, who was being held in an Australian jail and facing extradition to the US on suspicion of smuggling restricted American technology to Iran.

Australia’s Department of Foreign Affairs and Trade is providing consular assistance to the families of the three Australians and says Australians should follow the government’s travel advice for Iran.

The advice also tells travelers not to visit military or nuclear sites, which “are not always clearly marked”.

The UK’s defense secretary Ben Wallace, said Thursday: “The message to Iran is to follow the international rule of law, to respect freedom of navigation in the Straits, and to release people that have been detained in the way they have been over the last few years.”

Iran-Australia relations have become strained following the Australian prime minister Scott Morrison’s commitment to a US-led mission to patrol the Strait of Hormuz, where about one-fifth of the world’s oil passes because Iran’s “destabilizing behavior” was a threat to Australian interests.