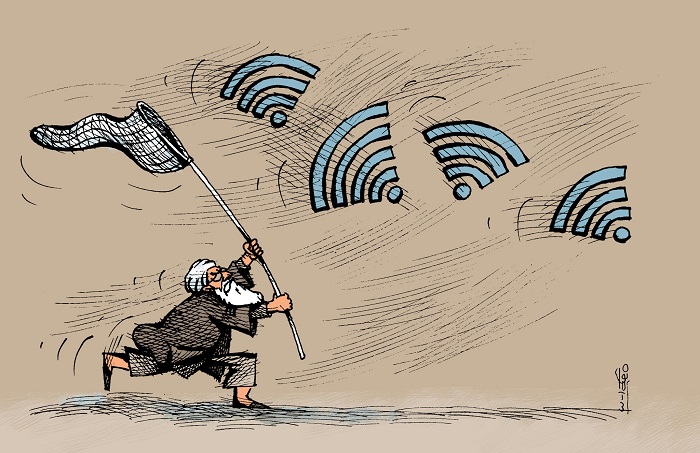 When Iranian society was grappling with small and large problems ranging from the coronavirus to a lack of water and power outages in December 2020, a plan called the “Requirement to publish data and information plan” was presented to the parliament in a hidden and silent atmosphere, and no one was aware of its existence until a few days ago.

The government will hold information on everyone’s lives

The National Council of Resistance of Iran (NCRI), and the People’s Mujahedin of Iran (PMOI / MEK Iran), reported that the government will hold information on everyone’s lives and businesses once this plan is finalized and accepted, and it appears that the scars of this plan will reach deeper into the body of society than the wounds of the “protection of users’ rights in cyberspace.”

Supervision of the Dissemination of Information

Everyone has the right to access public information unless prohibited by law, according to the written law of this regime, which is one of the leading governments in the suppression of freedom of speech and information access, while it is stated in this plan put on the agenda of MPs that the specialized committees under the Supreme Council for the Supervision of the Dissemination of Information will be formed to check the availability of public data and information published by individuals.

Uploading data and information to systems or websites that have not acquired approval from the Council after the plan’s completion and notification is therefore banned.

The lack of a concrete reference to everyone’s right

The lack of a concrete reference to everyone’s right to access information appears to be one of the concerns that will make publishing and open access to information difficult if this strategy is implemented. The proposed scheme stressed the restrictions even more.

The Supreme Council for the Monitoring of the Dissemination of Information should be established, according to the “Requirement to Publish Data and Information” plan, to oversee the dissemination of information, supervise the implementation of transparency laws, protect communication and information privacy rights, and monitor the rules governing sovereign secrets.

The rules for data and information

According to the Council’s forecasts, it will need to establish rules for data and information production, processing, operation, publication, transmission, disclosure, and protection. The Council is also in charge of establishing the criteria for sovereign secrets, job secrets, and communication and privacy.

At the conclusion of this plan, the Council has been required, beginning on the date of notification of this law, to prepare criteria for the creation, administration, and updating of the websites and information bases of the persons concerned in terms of content, ease of use, reliability, and public understanding, in collaboration with the Ministry of Communications and other relevant agencies, and after approval in the Board of Ministers for implementation.

The authority to disseminate information and data

According to social rights activists, this law will allow for the abuse of people’s privacy, if such a thing exists in Iran because the government will be able to spy on every aspect of their lives.