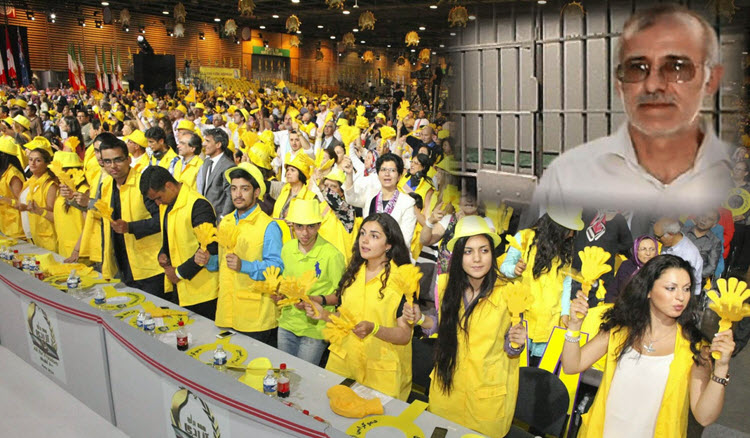 Many political prisoners from the notorious Evin prison and Gohardasht (Rajai-Shahr) prison have voiced their support for the “Free Iran” gathering in Paris. They encourage all Iranians to go and show their support. Every year the Iranian Resistance organises a large gathering in Paris and this year it will be held on 9th July.

In a message smuggled out of Evin prison in Tehran, political prisoner Ali Moezzi, father to two members of the People’s Mojahedin Organization of Iran (PMOI or MEK), said that people can show their solidarity at the Paris gathering. He highlighted the myriad of guests that will be present – political leaders, former prisoners, families of political prisoners as well as many Iranians.

The National Council of Resistance of Iran (NCRI) published an article in which part of the statement can be read. Mr Moezzi said: “Undoubtedly, our nation has the right to live freely because the leaders and pioneers of PMOI have sacrificed themselves in prisons and on the streets.

“The July 9th gathering in Paris calls out solidarity, perseverance and the undeniable voice of oppressed Iranians. Accordingly, it will be attended by a myriad of international guests, fellow citizens, supporters, the relatives of political prisoners, families of Ashraf residents and liberated freedom fighters as well.”

“What makes this gathering valuable is the loyal support of those who support freedom and democracy, which can pave the way to a new Iran. Peace be upon you the protectors of honor and freedom. Your presence is the proof of the Iranian people’s legitimate and reasonable demands. Your presence is the promise of victory and justice. The prospect that some eyes and ears cannot see or hear. It is on the basis of this presence that we announce: We will build one, two, three, 100, and a thousand Ashrafs [bastions of freedom].”

More information about the “Free Iran” rally in Paris can be found here: http://ncr-iran.org/en/news/iran-resistance/20526-iran-prospects-for-change-one-year-after-the-nuclear-agreement