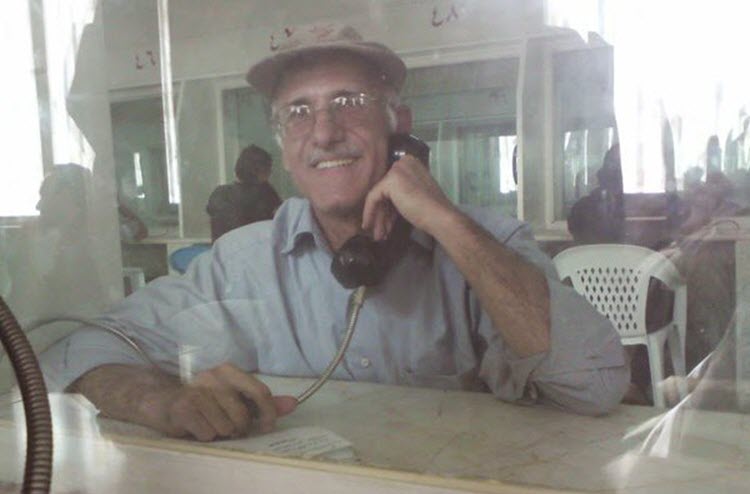 Several human rights organisations have expressed their concern over the whereabouts of Mr. Ali Moezzi, a 65-year old political prisoner. He is serving a prison sentence in Gohardasht Prison in the city of Karaj, west of the capital Tehran.

Moezzi had been a political prisoner during the eighties. In 2008 he was arrested and given two years in jail because he visited his daughters in Camp Ashraf in Iraq. He was re-arrested in 2011 and given a four year prison sentence. Despite being due to be released last month, he was given an extra year. He has numerous serious health conditions and has been repeatedly put in solitary confinement and tortured.

On Wednesday 4th January, officials of the Iranian regime moved him to an unknown location. That morning he was summoned to the prison clinic. However, Moezzi was suspicious and refused, concerned that something untoward was happening. He still went to his weekly meeting with his family, but on returning to the ward he was taken by unknown people to an unknown location.

The Iranian Resistance has urged every international human rights organisation to act urgently, the United Nations High Commissioner for Human Rights and Special Rapporteur for the Human Rights Situation in Iran in particular.

The British Parliamentary Committee for Iran Freedom (BPCIF) called for his immediate and unconditional release from prison. It also urged the UN, the British government and international NGOs to put pressure in Tehran. It said: “The British government must make it clear to the Iranian authorities that their unacceptable treatment of political prisoners and dual citizens held unjustly will only isolate Tehran further on the international scene as a pariah state and make improvement of relations impossible.”

The ‘Friends of a Free Iran’ group in the European Parliament urged the EU High Representative, Federica Mogherini, the UN High Commissioner for Human Rights, Zeid Ra’ad Al Hussein and the UN Special Rapporteur for the Human Rights Situation in Iran, Asma Jahangir, to urgently take action to secure the release and ensure the safety of Moezzi.

The Italian Committee of Parliamentarians and Citizens for a Free Iran also expressed its concern regarding this situation. It urged the UN to take immediate action so that his life is not endangered.

Canadian Friends of Democratic Iran have also stated their support. The NGO said it is extremely concerned by the recent news and appeals to the Iranian authorities to release Moezzi immediately and end the anxiety his friends, family and human rights supporters are feeling.