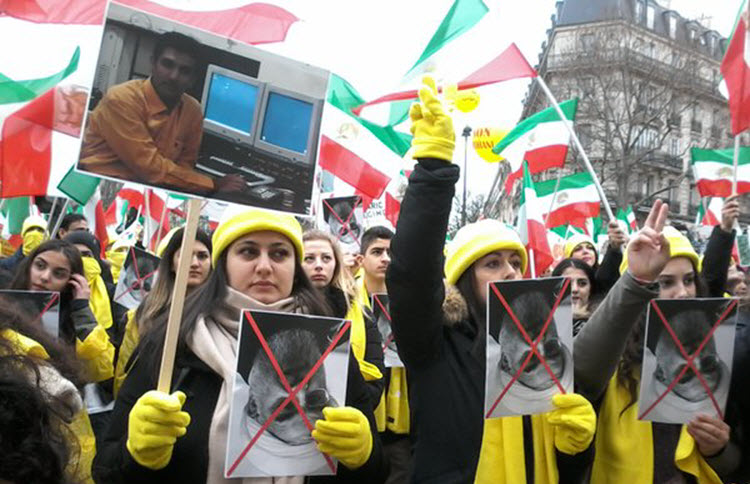 Rowan Scarborough wrote for The Washington Times about the changes in Iran since the nuclear deal was signed between Iran and several world powers. Dissidents who were able to escape the repressive clutches of the Iranian regime had hoped the nuclear deal would bring moderation to Iran. Yet, despite the billions of dollars in cash the United States had provided for Iran, and the release of frozen bank assets, the people of Iran have seen no change for the better. This is because the cash has been used to export terror in Iraq, Syria and elsewhere in the region.

A student organizer at Tehran’s Tarbiat Moalem University, 29 year-old Shabnam Madadzadeh, had spent five years in prison in Iran. She said: “Every deal, every negotiation with the regime, it means additional gallows in Iran.” Madadzadeh was able to flee Iran a few weeks ago with help from the PMOI / MEK (the People’s Mujahedeen of Iran).

She said: “Iranian people do not want negotiations with this regime, and they hate appeasement policy with this regime. They want the world, European governments and United Nations and the U.S. to stay firmly against the regime’s policy of violence against human rights — the regime’s crimes in Iran and Syria and exporting terrorism in the world. Iranian people want a change in regime by themselves and resistance.”

The State Department published a report in 2010 about the human rights violations in Iran and the case of Madadzadeh was mentioned. The report said: “On February 19, authorities arrested Shabnam Madadzadeh, a member of the Islamic Association and deputy general secretary of the student organization Tahkim Vahdat, along with her brother Farzad Madadzadeh. Authorities accused her of disseminating propaganda against the state and ‘enmity with God.’ Despite her lawyer’s protests against her detention, the judge refused to assign a bond for her release, arguing that she was a flight risk. As of mid-October, she was reportedly being held in the women’s general section of Evin prison.”

A year later they reported that she was sentenced to five years in prison. During the sentencing she did not have a lawyer with her as he had also been arrested (for protesting against the death sentence of a minor).

During her time in prison she was beaten and threatened with rape in efforts to get her to say what they wanted – i.e. to speak out against the Mujahedin.

Regarding the funds freed up in the nuclear deal, she said: “Nothing changed in Iran’s people’s life. The deal was just with the regime. The guards of the regime, the one that was spending money to export terrorism and was spent in Syria and [for] the suppression of the Iranian people. Not for the freedom. Not for people.”

Twenty-five year-old Arash Mohammadi also recently fled Iran and arrived in Europe. While a student, he was arrested three times for taking part in public protests against the regime. For two years in prison he was beaten and threatened by intelligence interrogators. Refusing bribes that he was offered to denounce the MEK, he said he wants to be “a voice for the voiceless”.

In a message to President-elect Donald Trump, Mohammadi said: “The responsibility for change is with me and my generation. We are the force for change. If the West wants to have a good reputation in Iran, my point is, side with us. Side with the resistance. History will remember you in a good way. That’s for your betterment and for Iranian people’s betterment.”