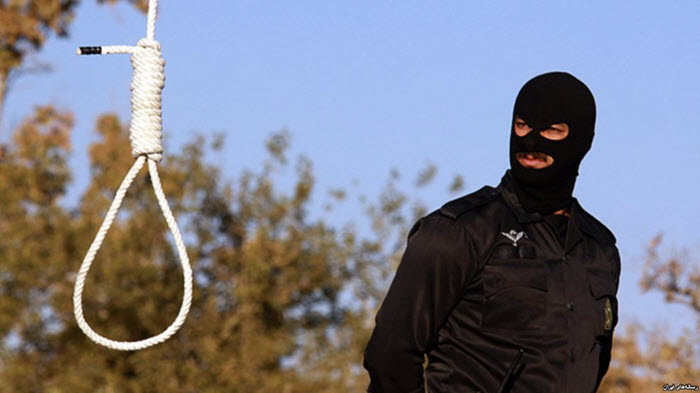 The National Council of Resistance of Iran (NCRI) published an article detailing the latest executions carried out by the Iranian fundamentalist regime.

They said that three people were hanged on Saturday, and one on Monday. In Gilan Province, northern Iran, the regime’s judiciary said in a statement on Saturday that three prisoners were hanged in the presence of judicial officials in the Central Prison of Rasht. Their names were not released, just their initials and ages: F. B., 40; A. M., 32; and H. D., 31.

According to reports in state media, at dawn on Monday, a prisoner whose name is unknown was hanged in public in the town of Songhor, western Iran. It took place at the former site of the oil stocks, beside the town’s power terminal.

Last month over 270 Members of the European Parliament signed a joint statement on Iran “calling on the European Union to ‘condition’ its relations with Tehran to an improvement of human rights”. Those who signed were from all member states of the EU and from all different political groups in Parliament. They expressed their concern regarding the alarming increase in executions in Iran since President Hassan Rouhani took office three years ago.

Amnesty International indicated that during 2015 at least 977 people were executed. This year before, this number was 743. They also said that Iran alone “accounted for 82% of all executions recorded” in the Middle East and North Africa.

While Hassan Rouhani has been president there have been over 2,500 executions. In March, the United Nations Special Rapporteur on the human rights situation in Iran said that the number of executions carried out in 2015 is more than in any other year for the past two and a half decades.

The NCRI remind that “Rouhani has explicitly endorsed the executions as examples of ‘God’s commandments’ and ‘laws of the parliament that belong to the people’”.