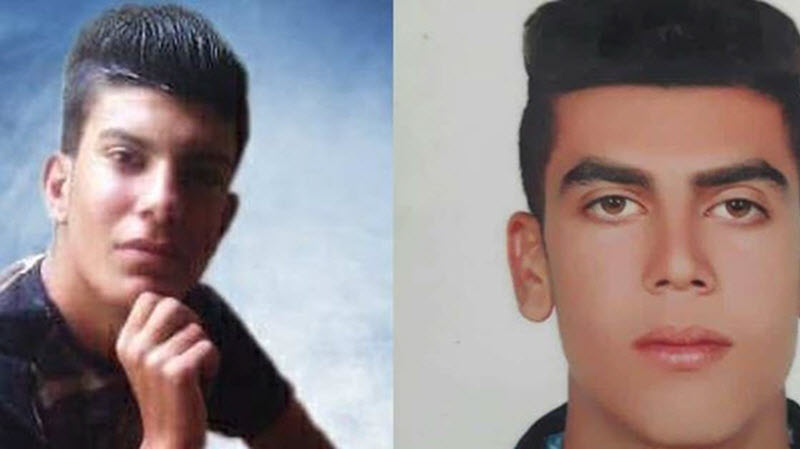 According to Amnesty International, in a display of disdain for both international law, as well as the rights of children, Mehdi Sohrabifar and Amin Sedaghat, two cousins under the age of 18, were flogged, and then executed on April 25th in Adelabad prison in Shiraz, Fars province, southern Iran.

The boys were arrested at age 15 and convicted on multiple rape charges following a trial, deemed by many international rights groups to be unfair.

Information received by Amnesty International points to the teenagers being unaware of their sentencing until shortly before their executions. They bore lash marks on their bodies, that indicate that they were flogged shortly before their deaths. Neither were their families informed about the executions and were shocked to learn of the news.

Philip Luther, Middle East and North Africa Director at Amnesty International said, “The Iranian authorities have once again proved that they are sickeningly prepared to put children to death, in flagrant disregard of international law. It seems they cruelly kept these two boys in the dark about their death sentences for two years, flogged them in the final moments of their lives and then carried out their executions in secret.” He added, “The use of the death penalty against people who were under 18 at the time of the crime is strictly prohibited under international human rights law and is a flagrant assault on children’s rights. It is long overdue for Iranian parliamentarians to put an end to this harrowing situation by amending the penal code to ban the use of the death penalty against anyone who was under 18 at the time of the offense.”

The boys previous alleged that they had been beaten at a police detention center after they were arrested. They also said that they’d had no access to an attorney. Amnesty has recorded 97 executions of people under the age of 18 in Iran between 1990 and 2018. Luther explained the trend that Amnesty has seen, “in which Iran’s authorities are carrying out executions of juvenile offenders in secret and without giving advance notice to the families, seemingly in a deliberate attempt to avoid global outrage.”

Iran seems to hold the record as the top executioner of children in the world. Ironically, it is a state party to the Convention on the Rights of the Child and the International Covenant on Civil and Political Rights. Therefore, Iran is legally obliged to treat anyone under the age of 18 as a child and ensure that they are never subjected to the death penalty or life imprisonment.

The boys were moved to Adelabad prison on April 24th, and their families were granted a visit with them. No one knew it would be the last time the family would see their loved ones again.

On April 25th, the day after that visit, the families received a call from Iran’s Legal Medicine Organization, asking them to collect the bodies.

The death penalty is opposed by Amnesty International in all cases, without exception, regardless of the nature of the crime, the characteristics of the offender, or the method used by the state to kill the prisoner. The death penalty is a violation of the right to life and the ultimate cruel, inhuman and degrading punishment. This applies even more so when the defendant is a mere child at the time of arrest.