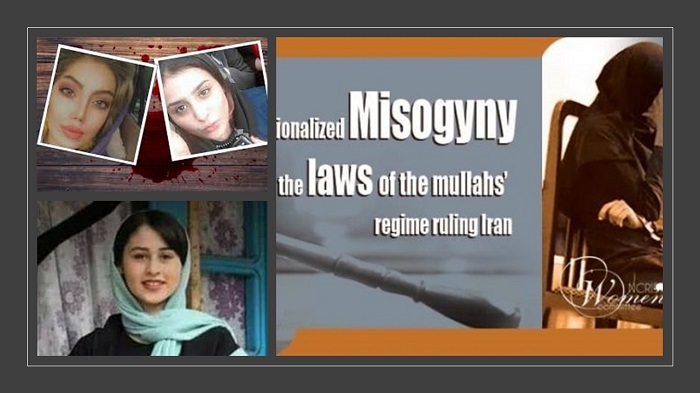 The Women’s Committee of the National Council of Resistance of Iran (NCRI) has reported on the situation of women in Iran for many years, continuing to highlight the challenges that they face and the discrimination that they deal with in their lives.

Domestic violence is something that happens all over the world, yet it is not something that every country accepts or allows to happen. In Iran, however, the situation is very different with regards to the law.

Domestic violence against a woman and inaction of the judiciary and law enforcement in Iran https://t.co/1lVuxtEGfX

Under the mullahs, Iranian women have no protection VS Violence & Abuse

The recent case of Ashraf Sadat Hosseini who was subjected to domestic violence over the course of the past 27 years has shocked the nation. It culminated in her being stabbed by her husband with a machete after yet another attack, leaving her close to death. Thankfully, her son came home in time to get her to the hospital.

She had numerous injuries including several amputated fingers, deep gashes on her face requiring stitches, paralysis in her other hand, and many more. She has also been left blind.

On a number of occasions, Ashraf made complaints to the police. During one incident, her husband hit her so hard with a heavy object that she was left with a broken rib cage. The police simply told her that they cannot do anything because he is her husband, implying that he had the right to inflict such violence.

Furious that Ashraf had reported him to the police, the husband assaulted her with intent to kill. He fled, taking one of Ashraf’s fingers and her ring, believing that she was dead.

Ashraf wrote to the head of the country’s judiciary after this latest attack questioning why the government and the legal system do not “support a woman who wants to live with dignity” and why individuals perpetrating such crimes are allowed to do so without legal restrictions or consequences.

The regime’s director of Women and Family Affairs Massoumeh Ebtekar has failed to comment on the matter.

Many Iranians across the country have been shocked by the matter and are disgusted at the lack of support that such women are given. Ashraf’s son recently spoke about the situation his mother has been left in, explaining that the family had to sell everything they could to pay for the hospital expenses and medical treatment. He confirmed that they have not received any government support.

Police officers are not allowed to intervene when it comes to such family matters, even if there is a grave danger to life.

And with the current Coronavirus health crisis and the restrictions that have been put in place, spousal abuse has dramatically risen.

It is no surprise that women are left with no protection from the government given the regime’s disregard for the lives of its people, but it is one that the people of Iran will continue to fight for.

The news website of the  People’s Mojahedin Organization of Iran (PMOI / MEK Iran) reveals that a group of inhabitants of Sanandaj, the capital of the Kurdistan province, organized protests on Thursday, May 28th, and Friday, May 29th, 2020 for the murder of Romina Ashrafi.

Mrs. Maryam Rajavi is the President-elect of the National Council of Resistance of Iran’s (NCRI): In the free Iran of tomorrow, Iranian women will uproot violence and injustice with their active and equal participation in political leadership.

In the free #Iran of tomorrow, Iranian women will uproot violence and injustice with their active and equal participation in political leadership. #VAW #ViolenceAgainstWomen pic.twitter.com/eUz1YDYelw