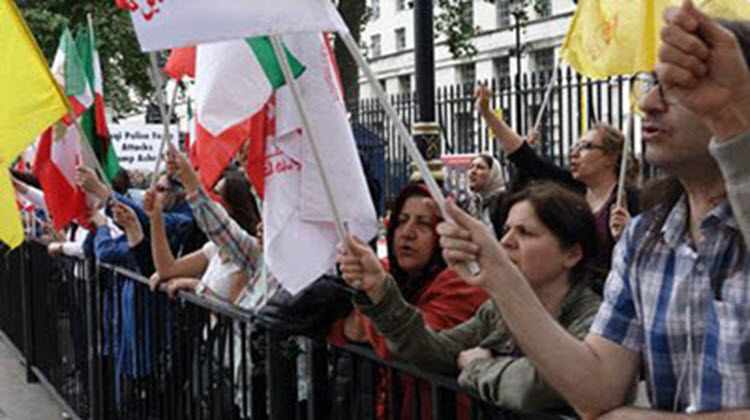 In an article from the National Council for Resistance of Iran on August 5 reports that their supporters in the Anglo-Iranian community in the United Kingdom plan to stage a sit-in protest on the anniversary of the massacre of 30,000 political prisoners in Iran in 1988.

They also plan to go on a three day hunger strike in London, outside Downing Street, in solidarity with political prisoners and the victims of torture and execution inside Iran.

30,000 political prisoners, many of them affiliated with the People’s Mojahedin Organization of Iran (PMOI or MEK), were executed by the mullahs’ regime. Most of them were imprisoned  for their political activities, and many had completed their sentences, but had not been released.

Over 2,500 people have been hanged during the presidency of Hassan Rouhani, and several mass executions have been carried out over the past few days.

Many Anglo-Iranians of diverse backgrounds will be joining the hunger strike. They will gather outside Downing Street on Saturday and Sunday, 6-7 August, 5pm-8pm and on Monday, 8 August, 3pm-7pm.  They hope to urge the UK government to condemn the hangings, and other human rights atrocities taking place in Iran, and press for an immediate halt.

They also call for the UN Human Rights Council and the UN Security Council to forward the human rights dossier of the mullahs’ regime to the International Criminal Court for the prosecution of the Supreme Leader Ali Khamenei and President Hassan Rouhani.