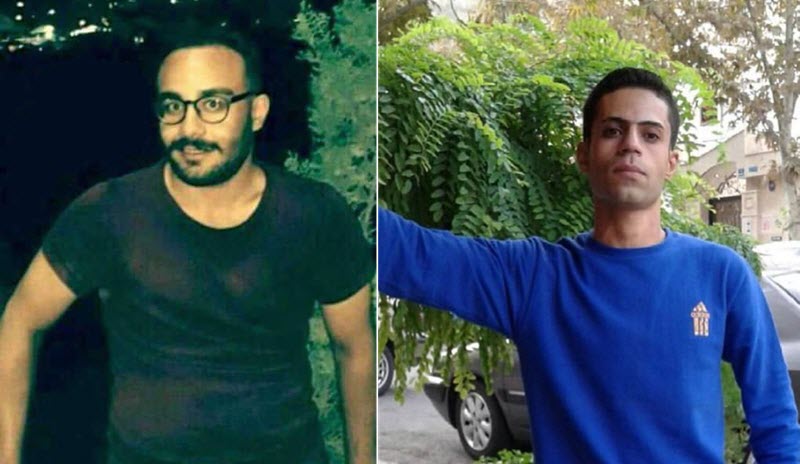 It has been reported that two of the activists that were arrested and charged because of their participation in the peaceful protests and anti-government demonstrations that swept across the country in the past few weeks have died in prison.

The authorities have claimed that the deaths were both suicide, but the Iranian public remains sceptical due to numerous suspicious elements to their reports.

Ali Poladi who is in his mid-twenties died in the northern Iranian Chalus prison and Kurdish protester Saro Ghahremani who was only 24 died in Sanandaj prison in Iranian Kurdistan. This is not the first time that suspicious deaths that occur in prison have been attributed to suicide by Iranian regime officials.

The parents of Ghahremani were present in the ambulance when their son’s body was being transported to the cemetery where his body was to be buried in the Kurdish-majority city of Sanandaj. Ghahremani’s mother noticed that there were marks on his body that are consistent with beatings.

Another person, Sina Ghanbari aged just 23 was said to have committed suicide in the notorious Evin Prison in Iran’s capital earlier this month. The circumstances surrounding his death are also suspicious because he reportedly stabbed himself. Yet, many have questioned how Ghanbari could have got a knife into one of the most secure prisons in the country, and how he managed to keep it concealed.

MP Mahmoud Sadeghi of Tehran has said that dozens of MPs in the Iranian Parliament have said that they support the human rights organisations and activists that are making calls for an independent investigation into the circumstances surrounding the deaths of those that died in prison.

twenty-three-year-old student Sina Ghanbari apparently hanged himself earlier this month. People doubt this claim too, saying that it would be almost impossible for a young man to kill himself
without being stopped in such a busy and overcrowded prison ward.

The Iranian regime has accused the United States and the West of being causing the protests and some officials have even accused Israel and Saudi Arabia of being involved. Iran has always publicly accused other nations for many of the problems in Iran. Speaking about the current wave of protests, the Supreme Leader Ayatollah Ali Khamenei said that “Americans and Zionists” had hatched the “plot” that resulted in uprisings.

However, if one looks at the reasons for the protests, it is very clear that the people themselves have enough reason to take to the streets to make their voices heard.

The people have been calling for an end of the rule of the Iranian regime because of the economic crisis that is being exacerbated by the plundering of the country’s wealth on conflicts abroad. The large amount of funds that were freed up when the nuclear deal was signed was plundered on terrorist activities abroad, including the arming, support and training of numerous militias and proxy groups including the notorious Hezbollah.

In 2009, another wave of unrest across the country almost brought about the collapse of the regime. However, without international support for the people of Iran, the regime was able to put an end to the protests. The people are determined that this time will be different.