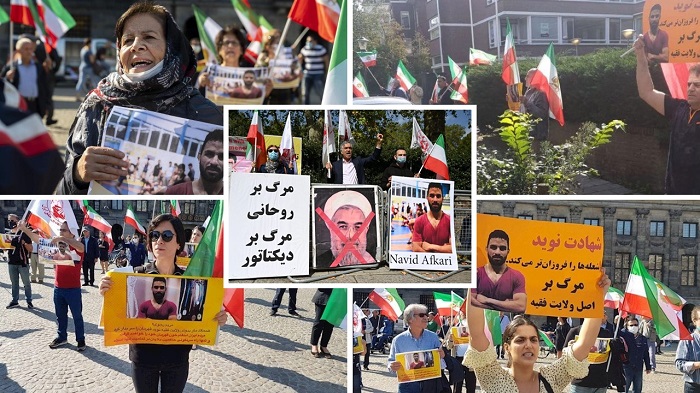 Last month, a 49-year-old man named Shahin Naseri died in prison under dubious circumstances after testifying about wrestler Navid Afkari’s torture. Afkari, a well-known activist, was wrongfully detained by state agents, sentenced to death in a sham trial, and hanged in secret in September 2020.

Footage from Tehran’s Evin Prison was leaked in August, showing horrifying scenes of torture and other poor treatment. Officials in Iran attributed the abuses to the act of rogue prison guards. Furthermore, torture and other types of cruel and inhuman treatment are a regular element of the Iranian criminal justice system, according to Amnesty International and other human rights organizations.

Last month, Amnesty International reported that the Iranian authorities have failed to account for the deaths in detention of at least 72 men and women in the last decade, despite reliable claims that the cause was torture, lethal use of force, or other forms of official violence. Young folks made up a large percentage of the victims.

The findings of Amnesty International

The findings of Amnesty International show that prosecutors, prison officials, and security and intelligence officers in Iran torture men, women, and children in custody on a widespread and systematic basis, with complete impunity. Judges participate in these crimes by dismissing torture claims without requiring independent investigations and convicting people based on tortured “confessions.”

The torture epidemic in Iran has been fostered by a culture of impunity that has allowed officials who are reasonably suspected of crimes against international law and severe human rights violations to avoid trial and advance to high positions instead. Ebrahim Raisi’s recent election to the presidency — despite the fact that he has been credibly implicated in crimes against humanity — serves as yet another sobering reminder of the severity of the situation.

Raisi, a member of the “death commission”

Raisi was a member of the “death commission” that forcibly disappeared and extrajudicially executed thousands of political dissidents in the Evin and Gohardasht prisons near Tehran between late July and early September 1988, and dumped their bodies in unmarked individual and mass graves, according to a 2018 report by Amnesty International.

In the years since Amnesty International has discovered that the Iranian authorities are continuing to perpetrate crimes against humanity by refusing to acknowledge the executions and reveal the fate of the victims and the whereabouts of their remains.

Raisi was named head of the judiciary in March 2019, and he oversaw the arbitrary arrests and detention of thousands of nonviolent protestors, dissidents, human rights advocates, journalists, and members of persecuted ethnic and religious minorities from then until he became president.

The judiciary gave blanket immunity to government officials and security personnel who killed hundreds of men, women, and children during nationwide protests in November 2019. Thousands of demonstrators and onlookers were arrested by state agents, with at least hundreds of them subjected to torture and other forms of inhumane treatment.

Amnesty International continues to urge for Raisi’s role in previous and continuing crimes against humanity to be probed, but torture and impunity have so far reigned supreme.

In November, UN General Assembly members will be asked to vote on a resolution concerning the promotion and preservation of human rights in Iran. States should make use of this occasion to speak out against the pervasive use of torture in Iran, as well as the underlying crisis of impunity, by advocating and supporting the resolution.