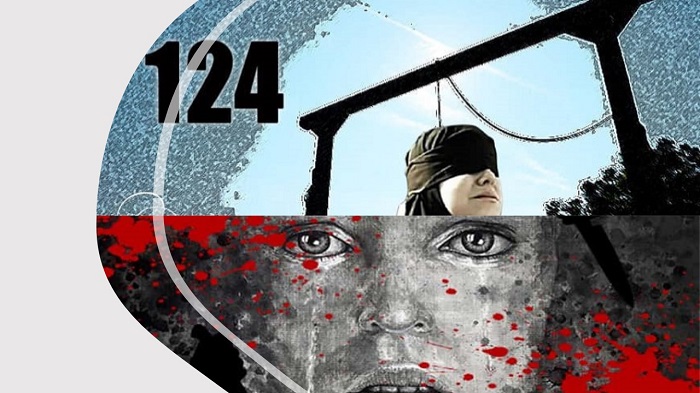 On Thursday, November 25, 2021, a woman was hanged in Isfahan in the morning. Since August 2013, Maryam Khakpour has been the 124th woman executed in Iran.

Maryam Khakpour, 41, was born in Kashan and was sentenced to death five years ago on drug-related allegations.  She had maintained her innocence on numerous occasions, claiming that the drugs belonged to her husband. Despite this, she was sentenced to death, and her punishment was carried out in Isfahan’s Dastgerd Prison.

She had spent the previous five years in Dastgerd Prison’s women’s ward. Three years ago, she divorced her husband. He was given an 18-year prison sentence.  The execution of Maryam Khakpour has yet to be announced by Iran’s state media.

No to the #Iran regime of executions and massacres. #OrangetheWorld and support Iranian ppl's struggle to #FreeIran from the mullah regime–the world's top executioner of women.https://t.co/m8E43caM0g pic.twitter.com/lmYSKSgIgv

An article added to the Anti-Narcotics Law in 2017

An article added to the Anti-Narcotics Law in 2017 limited the drug-related death sentences. However, the death penalty is still being used in drug-related cases.

A couple was hung in the Central Prison in Yasuj, the capital of Kohgiluyeh and Boyer-Ahmad Province, earlier this week, on Tuesday, November 23, 2021.

Siavosh Ardeshiri was confirmed as the man, but the woman has yet to be named. In December 2018, the husband and wife were arrested for murder. The news of the hangings in Yasuj was widely reported in Iranian state media.

Iran is the world’s most prolific executioner

Iran is the world’s most prolific executioner, with the most citizens executed per capita. It is also the world’s leading women’s executioner. Every year, an average of 15 women are executed in Iran. In almost all cases, these executions are completely unjust. The Iranian leadership employs the death sentence as a method of punishment with impunity. This penalty is handed out in a discriminating manner to religious and ethnic minorities, political dissidents, and women.

#Iran under the mullahs where Iranian women do not get a fair trial and can get executed for drug-related offenses: 41-y-old Maryam Khakpour was sentenced to death despite claiming the drugs belonged to her husband. https://t.co/m8E43caM0g#StopDeathPenalty

More than two-thirds of the world’s countries have abolished or suspended the death sentence, according to Amnesty International. However, under Ebrahim Raisi, a renowned henchman of the 1988 massacre, and Gholam Hossein Mohseni Eje’i, another notorious judge complicit in the genocide, the killing apparatus in Iran is gaining momentum.

#OrangetheWorld and improve the #humanrights #womensrights situation in #Iran!