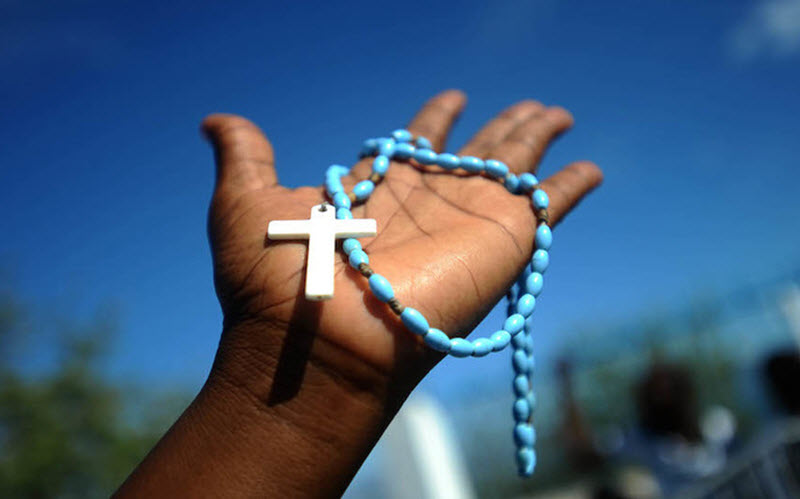 Despite the almost complete defeat of ISIS, Christians and other religious minorities in Iraq and Syria are still facing persecution, but this time from Iran, according to the CEO of the Knights of Columbus.

Carl Anderson wrote in The Wall Street Journal that the religious minorities still live in “peril” because of the Iraqi government’s tolerance of the Iranian Regime’s influence. This means that many minority groups, who fled the country to escape ISIS just a few years ago are either staying away or fleeing again.

He notes that this is a grave concern to Christian leaders (Pope Francis told Anderson that the Middle East “is not the Middle East” without Christians.) and Iraqi officials (Baghdad’s ambassador in Washington said “Iraq is not Iraq without its minorities”.). The number of Iraqi Christians in 2002 was 1.5 million but is just 200,000 today.

A similar story can be heard for other religious minorities killed or displaced by ISIS, in what the Obama and Trump administrations declared as genocide.

Religious minority groups hoped to return home and build a better future for their country, getting incredible assistance from foreign organisations, like the Knights of Columbus and the US government.

However, Iran seeks to prevent Christians from returning home, using the Iranian-backed militia Hashd al-Shaabi (Popular Mobilization Forces) who took hold in the devastated towns. The Iraqi government may claim power here, but Anderson says “the militias control much of it”.

He said: “They have made life nearly unbearable for Christians attempting to return to towns like Batnaya, where the Popular Mobilization Forces have stripped Christian family homes of plumbing, wiring and other metal.”

The Iranian-backed groups have even seized the property of Christian families, extorted them, and committed violent crimes against them. Some have described this as the “colonization” of Christian towns.

But why is Iran doing this? Well, Anderson identifies two goals:

1) build a ‘land bridge’ to Syria through Iraq

Anderson said: “The situation is beyond demoralizing for anyone who has stood by Iraq’s minorities and prayed for their triumph after years of adversity.”

He noted that even with the aid directed towards the region, the situation would not improve unless the overall security improves. He explained that Vice President Mike Pence and other American government officials have rightly called on Iraq “to remove these irregular militias and take control of the region”, but that Prime Minister Adil Abdul-Mahdi hasn’t complied.

Anderson wrote: “Washington’s designation of Iran’s Islamic Revolutionary Guard Corps as a foreign terrorist organization should encourage Baghdad to rethink its embrace of Iran-backed militias. If Iraq wants Iraq to remain Iraq, it should get serious about protecting minorities before it is too late.”