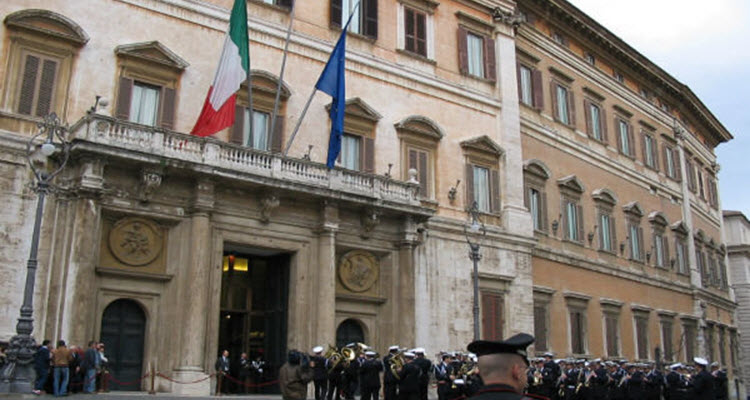 A huge number of lawmakers from Italy have joined arms, and announced their full support towards the Iranian resistance, and the ten point plan which has been written up by Maryam Rajavi. The 10 point plan is a masterpiece written up for Iran’s future, when the country is free.

Over three hundred members from the Camera dei Deputati, (The Chamber of Deputies) which is the lower house of the Italian parliament signed the petition. It calls on EU states, the US, and The United Nations Security Council to condemn all of the human rights violations that are taking place in Iran. The top of their list would of course be the executions, among other human right abuses that the regime currently performs, and gets away with. They called for some sort of guarantee to maintain the safety and of course the security of the members of the Iranians’ oppositions group, Peoples Mojahedin Organization of Iran, other wise known as MEK or the PMOI whom are currently located inside Camp Liberty in Iraq.

Furthermore, the law makers asked for Iran’s Revolutionary Guard and other Iranian mercenaries to be expelled from countries in the region, particularly Iraq and Syria. The documentation warns that the extent that Iran is meddling around in Syria and interfering has reached a level that is “unprecedented”. It references that forces sent by Iran carry on to massacre innocent Syrians. By Iran being able to have the Revolutionary Guard in place it has helped to pave the way for ISIS to be able to rise, and even assist the atrocities that they carry out, the text added.

The petition requests that the US, the EU and other world leaders start to support Mrs. Maryam Rajavi’s ten point plan for the future of Iran. Inside, it seeks the foundation of a secular republic that offers up elections that are free. It also requests that there is gender equality in all regions of the country and that all types of discrimination are strictly prohibited. The plan also demands to flush the death penalty with immediate effect, and for Iran to maintain a peaceful coexistence with all countries in region, and of course, the world.

There were a total of three hundred and nineteen signatures in the petition. Amongst those, there were eleven deputy ministers that signed the document, along with 5 chairmen of the committee, nine members of parliament’s steering committee, nineteen committee vice chairs, and seven retired ministers.

On the 9th of July 216 there will be a major gathering of Iranians and their international supporters in Paris. It is called “Free Iran”. There will be hundreds of senior political dignitaries, human rights, women’s rights activists, parliamentarians, and various religious leaders from as far a field as the US, Europe and the Middle East. All of whom hope to be able to voice and come together to show their solidarity and support for the much needed freedom in Iran. If you believe in human rights, equality and the freedom to live a peaceful life- then please, join in the demonstration.