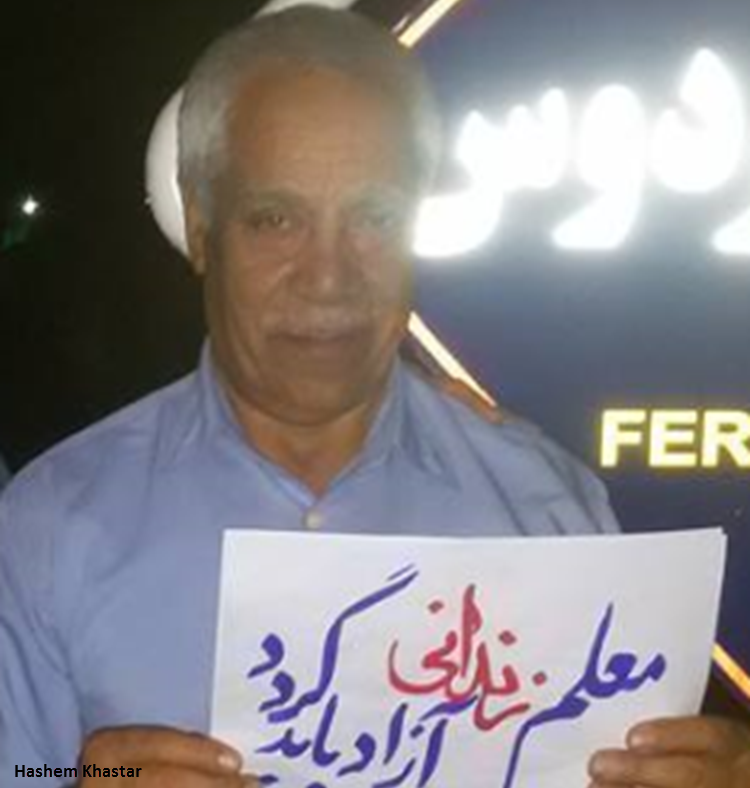 Sean Coughlan, an education correspondent for the BBC has written a report about the Iranian regime’s intensifying campaign of harassment and imprisonment against teachers’ union representatives.

He points of that Hashem Khastar, a teachers’ union leader from Mashhad who has been jailed three times, has confirmed that “there have been hunger strikes staged by teachers in protest against jailings and the denial of human rights”.

Mr Khastar maintains that his jailings were due to him speaking up for “the innocent teachers of Iran” and for belonging to an independent union. He said that teachers in Iran want to achieve democracy through the teachers’ movement but he is well aware that he is taking a risk, knowing that at any time he could be arrested and taken back to prison.

Mr Khastar also highlighted that many teachers, in secret, have been helping their imprisoned colleagues by collecting money to support their families.

Mr Coughlan stated that Education International, an international representative group for education unions, is concerned about the situation in Iran. A representative of the group said that although they are aware of a number of arrests, it is very difficult to get concrete information because “most of the leadership is in prison or in exile”. They invited a teachers’ union representative from Tehran to talk at a conference this year, but they could not attend because they had been arrested and imprisoned.

Mr Coughlan said that although some teachers are being released from prison, it is uncertain whether the charges against them will be dropped or if they face further detention.

The ITTA (Iranian Teachers’ Trade Association) said: “We do not accept security charges for civil activists. We believe that no teacher should suffer imprisonment for pursuing civil and educational matters. Prison must not be the answer to teachers’ demands.”

Mr Khastar said that the situation for teachers’ unions was not improving despite Iran’s “growing international links with the West”. He said that as the regime faces more and more pressure, it is increasing the repression on Iranians. “They want one leader – one person is a shepherd and everyone else the sheep. In this system, the people must follow without questioning.”

In addition to the constant arrests, pressure is being put on the families of those being imprisoned to not speak publicly about the situation. Mr Khastar asserted that there is widespread support for the teachers. He said the Iranian nation “has changed”.

Mr Coughlan also indicated in his article that the UK’s Trades Union Congress “has called on the Iranian government to respect the rights of teachers and criticised the imprisonment of their leaders”. They are underlining the issues regarding the terrible rate of pay, awful living conditions and lack of job security.

He also pointed out that a World Humanitarian Summit being held this week, convened by the United Nations, will highlight that more protection is needed for teachers. In addition to this, “there will be a push for a Safe Schools Declaration, which calls for education to have a protected status in places of political violence”.