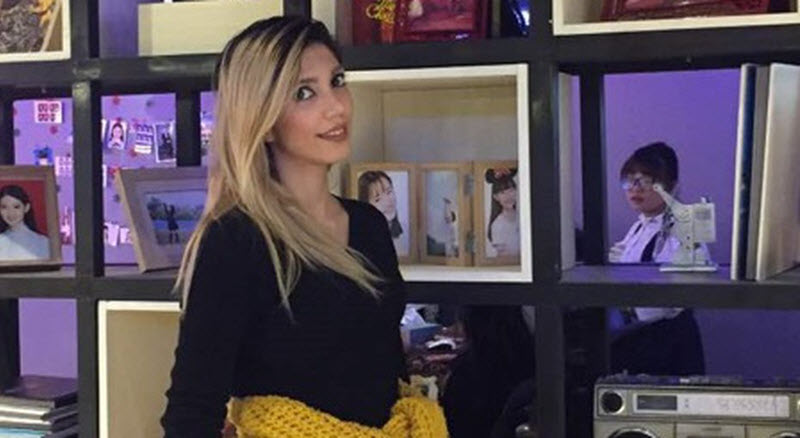 Sarir Movaghan, has been a student at Isfahan’s Azad University since 2014. The 23-year-old Baha’i student has been expelled just one semester before she was due to complete her Bachelor’s degree in architecture. Movaghan and her family have only recently decided to go public with the news.

After her expulsion, security agents raided and searched Movaghan’s home in Isfahan and interrogated her for hours.

The Baha’is in Iran have been deprived of a chance to study at Iran’s institutes of higher education for more than 35 years, which is in violation of Article 3 of the constitution of the Islamic Republic. Article 3 states that the government has the duty to provide “free education and physical training for everyone at all levels, and to facilitate and expand higher education.”

When she filled out her registration form in 2014, Sarir Movaghan did identify herself as a Baha’i. The university accepted her. Now, after four years, she has been expelled, and only a few weeks before receiving her degree.

She was not allowed to participate in final exams, and the office refused to let her see her grades or refund her tuition. The dean’s office’s suggested that she write to the security office explaining her situation. A month has passed since her her letter, but Sarir has still not received any answers. She has asked for a copy of the expulsion order, but was told that she would not be getting anything on paper.

When she explained to the official in charge of the security unit that, like all Iranian citizens, she wanted to study in her own country, she was told, “You belong to a deviant sect and you are not allowed to study in this country. Go abroad and study!” Since the Baha’i are accused of being a dangerous, “devious” cult working against the Islamic Republic, university matters pertaining to Baha’is are regularly handled by the security unit.

A source close to the family said that, “On the morning of June 11th, a few days after Sarir’s expulsion, a woman came to the Movaghan family home and introduced herself as a census agent … Under the pretense of filling out census forms, she asked them questions and then made inquiries about their daughter. When they told her that Sarir had recently been expelled from the university, she told them: ‘She better go to your own university.’”

There is a Baha’i Institute for Higher Education (BIHE) — an underground university that conducts most of its classes remotely and online. The BIHE is not legal, though, and volunteers who teach or help it in any way may be harassed, arrested or imprisoned.

A day later, six agents from the Intelligence Ministry arrived at the family home, and presented a search warrant issued by the public prosecutor. They searched the home for three hours, confiscated laptops and Baha’i religious books, and served Sarir Movaghan a summons to present herself at Ward A of Isfahan’s prison. The prosecutor’s warrant specified that if the agents were to find anything incriminating in their search, then Sarir would have to be summoned. The agents found nothing incriminating, so it is unclear why she was summoned.

Movaghan was interrogated for three hours on Tuesday, June 19th.

Baha’is are the largest non-Muslim minority in Iran. Statistics show that there are more than 300,000 Baha’i living in Iran. However, the constitution of the Islamic Republic only recognizes Islam, Christianity, Judaism and Zoroastrianism as “legitimate” religions, so the rights of the Baha’is are routinely violated.