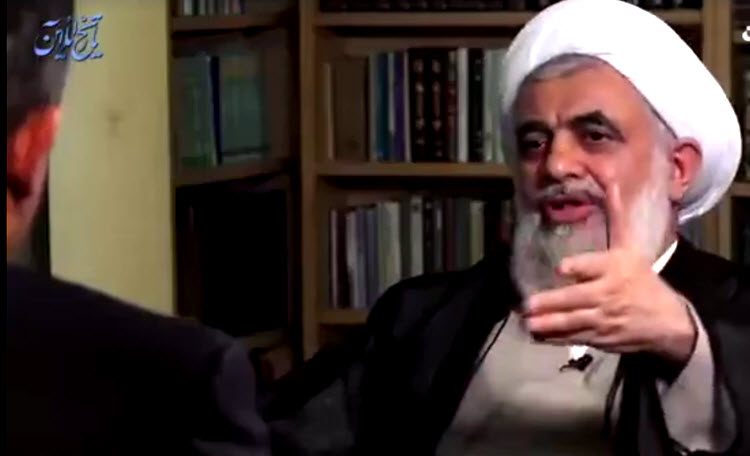 State-affiliated Tarikh Online website interviewed Iran’s former Minister of Intelligence, Ali Fallahian, during which he acknowledged that Ayatollah Khomeini issued a fatwa in the summer of 1988 calling for the annihilation of those people affiliated with People’s Mojahedin Organisation of Iran (PMOI or MEK), the main opposition group of the Iranian regime.

The interview was aired on July 9th, 2017 by the state-affiliated Aparat online video platform. It was more than two hours long. A partial translation of Fallahian’s comments regarding the 1988 massacre of political prisoners in Iran folows.

Ali Fallahian: The Imam (Khomeini) decreed, ‘At least execute those who say this and who maintain their belief. It doesn’t make sense to release them.’ Then some continued to put pressure and moan that these people are this and that in prison, so it was decided that a committee be formed. Some people say that these people handed down sentences for a collective massacre. They did not do such a thing. In was decided that this 3-man committee, whose members were from the (Intelligence) Ministry and judges and were knowledgeable and were from the Prosecutor’s Office, would evaluate to see if anyone was pardonable from execution. That was the task of this committee; they were not tasked with issuing death sentences.

Interviewer: Excuse me, I want to make sure if I have understood correctly or not. The basis was that everyone would be executed, right?

Interviewer: …  but that this committee was tasked with pardoning some people from execution, right?

Fallahian: They were supposed to be careful and follow up and speak with the person and check to see if he or she is really still maintaining their belief. That was the criterion: maintaining your belief.

Interviewer: What was the criteria for judging someone to be maintaining their belief?

Fallahian: Maintaining one’s belief was if someone said I believe in the Organisation (PMOI or MEK), I don’t believe in you, and if I am set free I’d fight against you.

Interviewer: That’s crazy (for someone to say that).

Later in the interview, they discussed Hossein-Ali Montazeri, who was once the designated successor to Khomeini, but who had a falling-out with Iran’s leadership when he criticized them over the massacre. He spent his later years under house arrest, but remained politically influential in Iran, especially to the reformist movement.

Interviewer: You mentioned that these people were not executed or those who had tertiary sentences, so what was Mr. (Hossein-Ali) Montazeri’s mistake?

Fallahian: Mr. Montazeri had another problem, and he found differences with the Imam (Khomeini). At the beginning he too agreed (with Khomeini’s position). But he became of the view that these executions would eventually lead to history judging against us and against Islam so it’s better that we don’t do this so that in the future when our enemies take up their pens they would not write appallingly about us. But the Imam said, ‘No, you carry out your religious duties and don’t wait for history’s judgment’.

Interviewer: We want to move forward from this topic, but just for my own knowledge, I’d like to ask, were all those who were executed armed when they had been arrested?

Interviewer: Had they all carried out armed rebellion?

Fallahian: They had all carried out armed rebellion. But many were arrested in team houses where we only found one or two guns or for example some were arrested on the streets and many of them were unarmed.

Interviewer: So how did this qualify as armed rebellion?

Fallahian: Because they were part of that organization.

Interviewer: So, it’s not necessary for that person to personally carry out that action?

Fallahian: No. When someone is a member of a group or army, and when that army has taken up arms, then it makes no difference if that person is armed or unarmed.

Interviewer: Even if they were arrested with only a (PMOI) newspaper in their possession?

Fallahian: Yes. They were part of that organisation. They were prepared to carry out operations. Maybe today someone goes and buys bread for the people in the team house, or someone might go provide other provisions… (but they are all part of it).

Interview: What if for example someone is not part of the (group’s) operational (military) force and is just part of their propaganda force?

Fallahian: Well, that person is still part of them. When a unit is fighting, it has everything. It doesn’t just have arms. Right? They have a provisions unit.

Interviewer: They don’t qualify as prisoners of war?