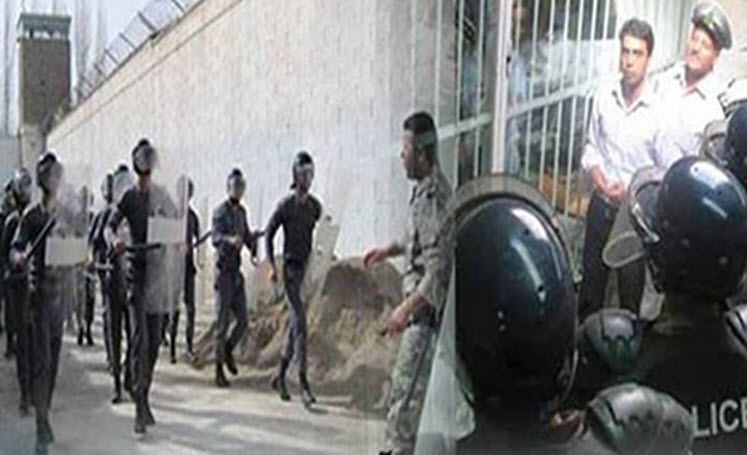 The National Council of Resistance of Iran (NCRI) has reported that “Black-clad prison guards have raided a Kurdish political prisoners’ ward in Iran’s notorious Gohardasht (Rajai-Shahr) Prison”, situated in the city of Karaj, north-west of Tehran. They beat the inmates and searched through their personal property.

The incident happened on Saturday morning in Hall 21 of the prison. Approximately 100 of the regime’s suppressive guards entered the ward in full riot gear and wielding batons. Reports indicate that the ward, which is where the prisoners of Kurdish descent are kept, was then raided.

The raid lasted more than two hours and the personal items of the prisoners were searched and many destroyed. “Pillows were torn apart with blades”, the NCRI said.

It is believed that around 40 Iranian Kurdish political prisoners are housed in this hall.