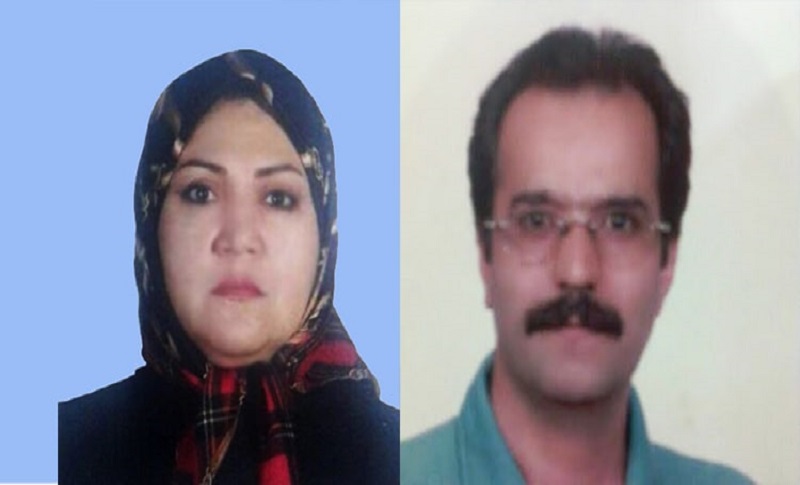 The Iranian Regime has banned a pair of married political prisoners from visiting each other in prison because the husband refused to put on prisoner clothes and shackles for the transfer.

Hassan Sadeghi refused to wear the prison outfit, as well as handcuffs and shackles, which is only appropriate because he shouldn’t be in prison, so the prison supervisor canceled Sadeghi’s visit with his wife Fatemeh Mossanna, which would have been their first visit in several months.

The couple was arrested on April 9, 2014, for the apparent crime of organizing a memorial service for Sadeghi’s father, Gholamhossein, who had died on January 29, 2014, in Camp Liberty, Iraq. This is the place where the Iranian Regime and its proxies in Iraq held members of the People’s Mojahedin Organization of Iran (PMOI, Mujahedin-e Khalq or MEK) under siege.

They were sentenced to 15 years in prison each in 2015 for having contacts with the MEK, with Mossanna detained in the Women’s Ward of Evin Prison and Sadeqi detained in Raja’i Shahr Prison in Karaj.

The Iranian Regime then confiscated all of the political prisoner couple’s properties, including their house, shop, and what Sadeghi had inherited from his father. Iranian law lets the state confiscate properties under certain conditions, largely whatever the Regime wants the condition to be, leaving citizens with no means of legal recourse.

In related news, fellow Iranian political prisoner Fatemeh Sepehri was transferred to Vakilabad Prison in Mashhad, on Sunday, after 50 days imprisonment and told her family that she is not allowed to call or see them until October 11.

Sepehri was arrested alongside 14 other civil activists on August 11 outside the trial of a university professor, Kamal Jaafari. Two of the activists- Hurriyeh Farajzadeh and Pouran Nazemi – have been recently released on bail.