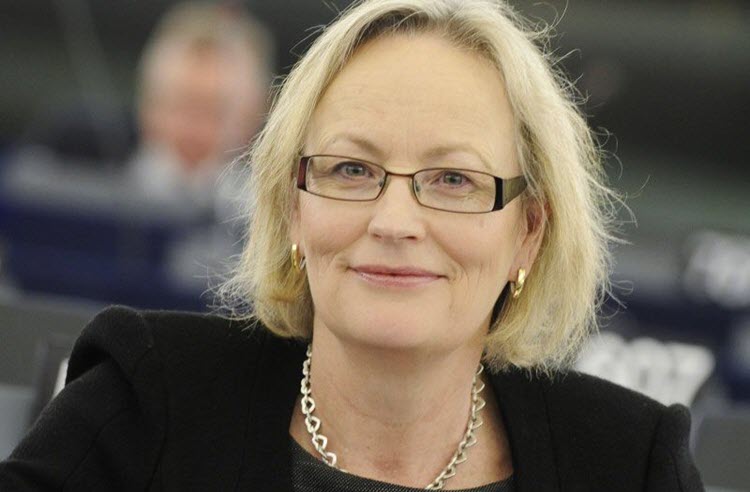 Pointing out the record numbers of executions in Iran, Ms Julie Girling, a Member of the European Parliament from the United Kingdom, said those who described the regime’s President Hassan Rouhani as ‘moderate’ are ‘indulging in the worst kind of wishful thinking’.

She said that she and her fellow parliamentarians wanted to “spare a thought” for “those suffering under the Iranian regime.” While MEPs were acutely concerned about the struggles of women under the regime, they were nonetheless encouraged at the state of the Iranian opposition.

Citing the fact that 270 MEPs had signed a statement expressing support for Iranian opposition leader Mrs. Maryam Rajavi, Ms. Girling said, “She’s a democrat. She’s a woman. She’s a Muslim. And she is challenging fundamentalism.”

Mrs. Maryam Rajavi is President-elect of the National Council of Resistance of Iran (NCR).

Ms. Girling, accusing the Iranian regime of “a destructive role” in the Middle East, invited attendance at a mass rally of all those concerned with “finding ways of ending the suffering.”

The Free Iran rally will be held on July 9 in Paris.