FOFI has the support of hundreds of parliamentarians from a wide range of political groups across Europe.

At the conference at the headquarters of the European Parliament in Strasbourg, dozens of MPs emphasized that an independent investigation into the 1988 massacre needs to take place. During the massacre more than 30,000 political prisoners were executed, and those responsible, they said, must be brought to trial and held to account for their crimes.

The chairman of the Foreign Affairs Committee of the National Council of Resistance of Iran (NCRI), Mohammad Mohaddessin, was a guest speaker at the event.

Article 7 of the recent report by the United Nations Special Rapporteur on the Situation of Human Rights in Iran brings up the 1988 massacre. The speakers called on the UN General Assembly meeting (in New York next week) to create an investigation committee and to refer the case to the International Criminal Court.

The MEPs pointed out that the Iranian regime has become emboldened and is continuing to execute people and violates international standards because the 1988 massacre was met with relative indifference. They reminded that the massacre was unprecedented after World War II. 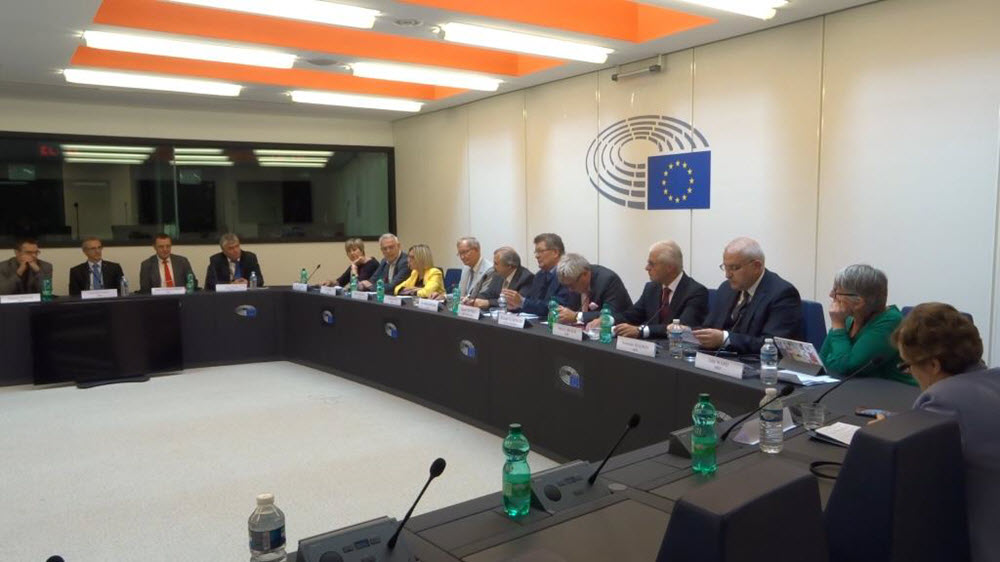 They criticized the silence that has accompanied the crimes of the regime, calling it “shameful”. They highlighted that from silence, the regime understands weakness. The FOFI condemned Mrs. Mogherini for her silence regarding the 1988 massacre and Iran’s repression of women and consistent disregard for human rights. The MEPs highlighted that as elected representatives, they have a responsibility to defend European values which are democracy, human rights, women rights, separation of religion and state”.

In July this year, over 100 prisoners were executed and since the beginning of the year several children have been put to death. Furthermore, 89 children are currently on death row.

FOFI declared its support for the 10-point platform proposed by Mrs. Maryam Rajavi, the leader of the opposition. Rajavi calls for democracy, secularism, respect for human rights, abolition of the death penalty in Iran, and peace and tranquillity in the region. The parliamentarians pointed out that for as long as the regime stays in place, there will always be oppression, terrorism and fundamentalism.