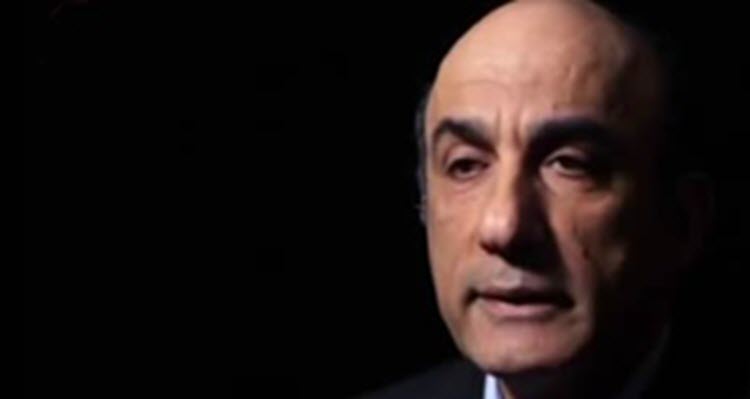 He said he was relieved when Canadian-Iranian professor Homa Hoodfar was released from the notorious Evin prison and left the country safely after several months in prison because he knew what it was like to experience what she had gone through.

Due to his political dissent and human rights activities he spent 11 years in prison from 1981. He said: “My imprisonment took place at a crucial time, and if not for a handful of chance occurrences, I would have surely been one of the 30,000 victims of Iran’s 1988 massacre of political prisoners.”

He was 17 at the time of his arrest which was for supporting the opposition – the People’s Mojahedin Organization of Iran (PMOI/MEK) – and selling its publication. Seven years later, with relentless torture all this time, he lost consciousness after being badly flogged on the soles of his feet and was sent to the prison “hospital”. Another prisoner told him that while he was at the hospital his name had been called several times.

At the time he did not understand what was happening, but a little later he found out that Ayatollah Ruhollah Khomeini had issued a fatwa ordering the massacre of political prisoners, particularly supporters of the MEK.

Amnesty committees, the fancy term for death squad, says Mostafa, were dispatched to prisons where they asked prisoners about their allegiances. Anyone unable to apologise and forget about their former political ties and fully submit to the theocracy were charged with “waging war on God”. Mostafa points out that this charge is still used today as a justification for executions.

Back in 1988 it was an excuse to turn the prisons into slaughterhouses. Mostafa explains that prisoners were hanged six at a time and their bodies were taken in meat trucks to mass graves under the cover of darkness. Some nights 400 people were executed. Over the course of a few months around 30,000 prisoners were executed. Mostafa said that due to his hospitalisation he escaped execution.

He was released in 1991 and has since tried to bring attention to the massacre. He said: “Make no mistake: the international community has known about this crime for quite some time. Over the years, human rights organizations, including Amnesty International, have called it a crime against humanity. According to Geoffrey Robertson, the former judge at the UN Special Court for Sierra Leone, the 1988 bloodbath was the largest mass execution of prisoners since the Second World War. Yet there has never been any international inquiry into the incident, and the masterminds and perpetrators of this heinous crime have gone unpunished.”

The audio recording that was released on 9th August has now brought more attention to the massacre. Ayatollah Hossein-Ali Montazeri, in the recording, was heard telling Tehran’s Amnesty Committee that they were committing the greatest crime of the Islamic Republic. It also sheds further light on some of the details about what actually happened. Some shocking details are revealed like the “executions of pregnant women and teenage girls, and the targeting of people whose support for the MEK extended no further than reading its newspapers and magazines”.

Mostafa said: “What makes it more relevant is that dozens of the top perpetrators of the massacre are currently holding key positions in the regime, including Mostafa Pourmohammadi, justice minister in the Hassan Rouhani administration, who publicly gloated on Aug. 28 about his role in the massacre. And it is these very same people who continue to persecute Iranian dissidents today, making the clerical regime the world leader in the number of executions per capita.”

Mentioning Canada, he applauds the country’s support, describing it as a “leading voice on human rights in Iran for the past decade”. He calls on Canada and the wider international community to move to prosecute the perpetrators of this massacre at last. “A UN inquiry and fact-finding task force is the first step — one that is long overdue.”