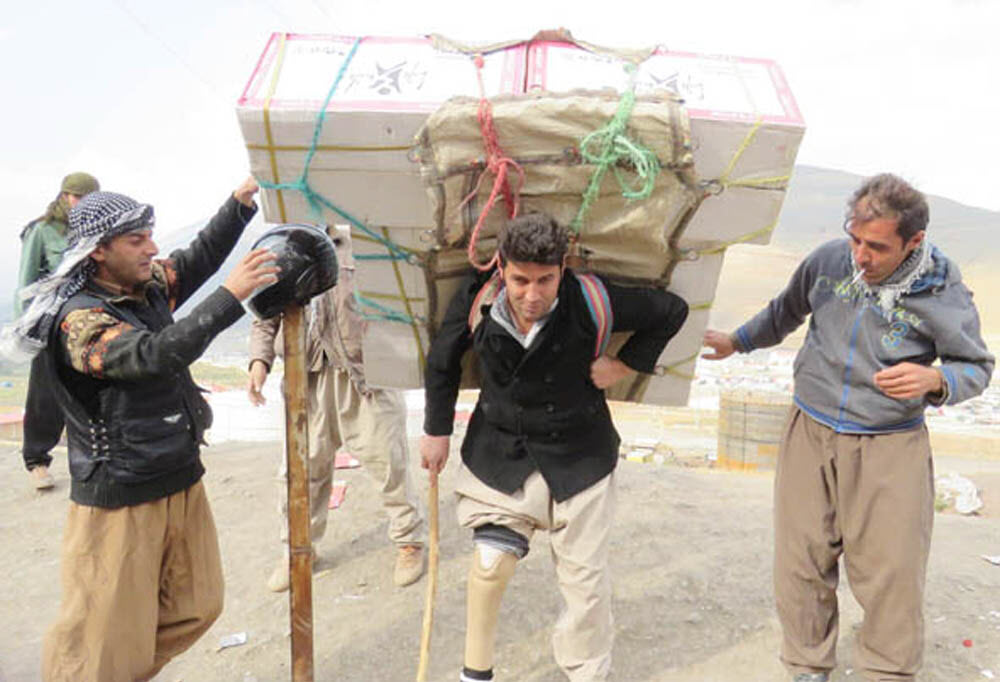 The Kurdish population of Iran has been repressed for a very long time and there are more and more protests breaking out against the regime’s discrimination.

At the beginning of the month, two Kurdish porters were shot dead by the country’s Islamic Revolutionary Guard Corps (IRGC). The following day, in Baneh (Western Iran), people took to the streets and protested outside the governor’s office.

Reports indicate that shops and markets closed in support of the demonstration, and there were clashes with security forces.

The two porters who were killed on 4th September were porters that carried heavy loads across the border with Turkey and Iraq.

The oppression of Kurds (and other minorities in the country) has increased since the 1979 revolution. Many Kurds live in extreme poverty and are faced with unemployment and numerous injustices.
In 1979, the then Supreme Leader – Khomeini – ordered a military assault on Iranian Kurdistan. The people there just wanted basic rights and freedoms, not just for themselves, but for all Iranian citizens. The Supreme Leader sent people to Kurdistan to send a message via mass executions.

Khomeini (despite have an Indian immigrant parent) claimed the Kurds were counter-revolutionaries and separatists.

Almost 40 years later, the situation for Kurds is desperate. Young Kurds, old Kurds, educated Kurds … they are all treated as substandard and face working as porters. It is a job that is menial, dangerous and life-threatening.

The Iranian regime does not care about the citizens of Iran. Its policies consist of exploiting the people’s wealth in favour of the export of terrorism and fundamentalism. It supresses the people to attempt to control dissent. Its funds and starts conflicts outside its own borders to pursue its own goals with regards to regional hegemony.

Smuggling is so rife in Iran that approximately 800,000 people are unemployed as a result. An Iranian news outlet reported that 1.75 million job opportunities are lost every year due to smuggling.

This means that the country is controlled by a mafia-like system because the majority of people live under the poverty line. In Kurdistan, the reality is even worse, so people have no choice but to take porter jobs (and similar) just to be able to survive.

Being a porter infringes on human dignity. Some have to carry between 100 and 150 kilograms in extreme weather conditions. The conditions are hazardous and Iranian security agents target them in shootings every day. It is estimated that more than 200 porters have been killed or hurt by guards between 2013 and 2015.