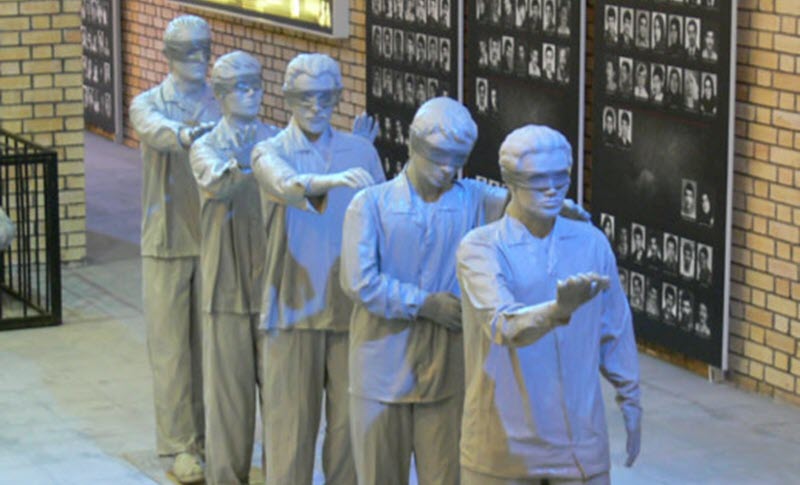 In 1979, Khomeini, the founder of the Islamic Republic regime, seized the Iranian revolution by deceiving fed-up people those sought freedom and justice. But he founded a new oppressive regime under the religious turban instead of the crown of monarchy, claiming that “We (the mullahs’ rule) will take you (the Iranian people) to the highest rank of the humanity, don’t satisfy of this level.”

Today, after 40 years, the Iranian people have well experienced Khomeini’s meaning of the highest rank of the humanity: The murder of 120,000 freedom-loving people, including the massacre of political prisoners in 1988, and arresting and torturing others because of their support for PMOI/MEK; wasting the wealth of the people on fueling warmongering agendas and exporting terrorism to the Middle East and across the world, also contributing the national resources to world powers to persuade them to continue the appeasement policy and turn a blind eye to regime’s crimes against the Iranian people and their Resistance.

Of course, Khomeini and his cronies are not able to take anyone to the highest rank, but their corruption and adventures have shortened the tablecloth of the people. But the regime’s failures in various sectors and the people’s tough situation should not be blame on mullahs, because they are busy taking the people to the highest rank of humanity! Therefore, the people should develop their abilities to tolerate ordinary disasters like high prices, unemployment, inflation, and etc., and don’t complain about disasters that have broken their back and are forcing them to sell their body organs for very small amounts.

Recently, Ebrahim Raisi, the chief of judiciary, unveiled the regime’s newest achievement, an article in the criminal justice laws, announcing:

“If a convict voluntarily offers his or her organ before or after execution and no medical obstacle is offered, then the judge can approve this in coordination with the ministry of justice and the coroners’ office.”

Despite the oddity of the chief of judiciary adopting an article instead of the parliament, Raisi’s announcement reveals the regime’s involvement in the organ marketing in entirety, even though the judiciary pursues to take part in this dirty trade.

Thus, despite the many failures of the religious fascism and its founder, the regime was able to score Iran as one of the largest organs market in the world, as well as the number one executioner of its own people per capita, which may generate a huge amount of dirty money for mullahs through the organs of the poor people who have no opportunity except selling their organs to stay alive.