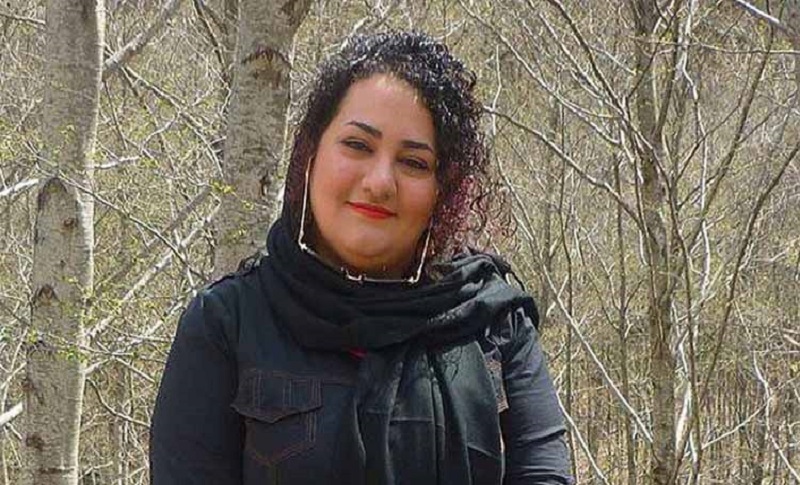 The family of political prisoner Atena Daemi has been prevented from seeing her in Evin’s s visiting the hall, according to a post on her sister Ensiyeh’s Twitter account.

On Sunday, Ensiyeh tweeted: “In the visiting hall, they stamped our hands. This is a routine we have to go through whenever we go for a visit. Then we went to the hall where we can meet in person. Suddenly, a guard brought a letter from the warden indicating that we could not meet in person, without mentioning any reasons.

We were shocked. We asked why but did not get anywhere. So, we went for a cabin visit. Unaware of the ban, Atena had cooked lunch. Even Atena could not get an answer. We talked and we did not reach any conclusions as to why this ban had been imposed, except that Atena was a thorn in their eye.”

Atena, children and civil rights activist, was arrested on December 2014 for her peaceful activism and charged with “propaganda against the state”, “association and collusion against national security”, and “insulting Khamenei”, among other things. She was tried in March 2015 and sentenced to 14 years in prison by Judge Mohammad Moghiseh. (Moghiseh, was a member of the Death Commissions in the 1988 massacre of 30,000 political prisoners.)

Her sentence was eventually commuted to seven years, which she began serving in 2016, however, the regime has recently sentenced her to another 3 years and seven months in prison for protesting the execution of Kurdish activists.

Other political prisoner news
In related news, Jaka Ismailpour was arrested on October 15 with her husband and two other men, in Bukan, in West Azerbaijan Province. She was subsequently transferred to Urmia by state security forces.

Elsewhere, Rokhsareh (Mahrokh) Ghanbari, 61, a Christian woman persecuted for her faith has begun serving one year behind bars at Kachouii Prison in Karaj.

While Aliyeh Motallebzadeh, a women’s rights activist, news photographer, and Vice President of the Association for the Defense of the Press, was sentenced to three years in prison by the revision court.

She was arrested by Intelligence Ministry agents in November 2016 and held in solitary confinement in ward 209 of Evin Prison for 25 days during her interrogation. Tehran’s Revolutionary Court sentenced Motallebzadeh to three years in jail on the charge of association and collusion to commit crimes against national security.