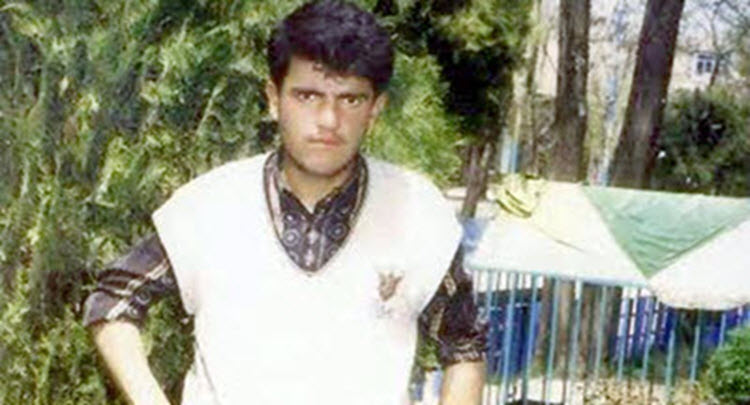 The National Council of Resistance of Iran (NCRI) have reported that political prisoner Mohammad Abdollahi was executed along with five other prisoners in Orumieh (Urmia), north-west Iran.

The 35 year-old man, a Kurdish political prisoner from Bukan, was arrested in March 2011 in Mahabad by the regime’s Islamic Revolutionary Guards Corps (IRGC) intelligence unit. He was sentenced to death on the charge of “Moharebeh” (waging war against God). On 29th May he commenced a hunger strike that lasted 32 days in protest to his unfair sentence.

The NCRI say that the names of the other prisoners who were executed are: Jahangir Razavi-Zadeh (whose wife also faces imminent execution), Kamran Pourfat, Towhid Pour-Mehdi, Amir Azizi and Gabriel Can’ani.

On Tuesday, Shahin Gobadi of the Foreign Affairs Committee of the NCRI said: “The mullahs have resorted to a killing spree that has continued for the past few weeks. This clearly indicates further despair and isolation of the regime which has found no solution other than to resorting to further executions and suppression in the face of increasing internal and international crises. This is the very same regime that resorted to the massacre of 30,000 political dissidents, mainly activists of the PMOI (MEK), in 1988. It once again proves that the notion of moderation and reform within this regime is nothing but a total myth.”

The Iranian Resistance called on the United Nations, particularly the UN High Commissioner for Human Rights and international human rights organizations to take urgent action to prevent the execution of Mohammad Abdollahi (as well as 10 other prisoners who are on the verge of execution in the prisons of Orumiyeh and Karaj).

Henchmen forced Mohammad Abdollahi into solitary confinement on 8th August and the Ministry of Intelligence informed his family to come for their last visit with him.

The NCRI also report that there have been clashes in front of Orumiyeh prison and families of prisoners have been arrested following the transfer of Mohammad Abdollahi and six ordinary inmates of Orumiyeh prison to solitary confinement for the implementation of their death sentence.

Prison henchmen told the families: “Do not gather here. We will call you later to come and pick up their bodies”. MOIS agents also told the families that if they gave interviews or shared information regarding the execution of their loved ones, they would not be able to get the bodies. “This was followed by a brutal raid on the rally by henchmen where a number of families were arrested,” said the NCRI. “The religious fascism ruling Iran has hanged at least 36 prisoners from August 2-6 in various cities.”