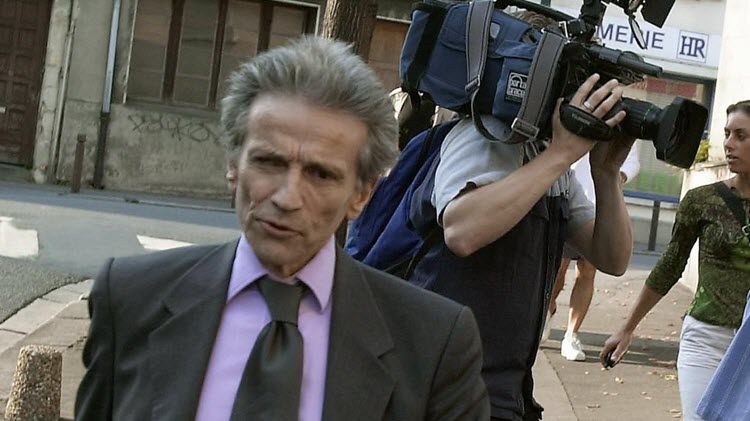 Prominent lawyer, author, and steadfast defender of the People’s Mojahedin of Iran, Mr. Thierry Levy,  died Monday in Paris. Mr. Levy’s works are among the best-selling books in France.

In an article published on February 1, by the National Council of Resistance of Iran (NCRI), Mrs. Maryam Rajavi, the President-elect of the Iranian Resistance, expressed her profound grief and condolences over the decease of Thierry Levy to the community of Lawyers and the French intellectuals, and her most sincere sympathy to the families, wishing them forbearance.

A kind person, Mr. Levy always stood against injustice, and represented the genuine values of France.

The Iranian people and the Resistance of Iran will never forget the justice seeking of great men like him, who in the darkest of days, played an important role in the victory against the clerical regime’s jurisdictive dossiers.

At the Elyse presidential palace on January 30, 2017, on the occasion of Levy’s death, French President expressed his condolences in writing, “Thierry Levy the tireless defender of human rights for which, he not only as a lawyer but also as the head of ‘International prisoner Watch’ between 2000 and 2004 was fighting. In his absence, a capacity for resentment and an unforgettable voice in the judicial world has left us.”

On January 30, the French newspaper Le Monde, wrote about the decease of this noble French lawyer, saying, “Thierry Levy along with his colleagues Robert Badinter, Henri Leclerc and Philippe Lemaire participated in all the battles for the abolition of death penalty. He was also a tireless campaigner for improving the conditions of detainees, his intransigence, and his refraining from any appeasement, made him a master of law, who lent influence over a generation of lawyers.”

The Iran regime’s ministry of intelligence (MOIS), litigated against Iranian resistance in several judicial cases. In such trials, Levy’s masterful defense always turned the courts against Iranian regime and its agents instead. Levy exposed regime’s agents and lawyers using logic in his robust defense.

On February 21, 2008, when Anne Singleton’s agents attended the court to testify against NCRI, Levy told the Paris court branch 17, “we have listened to the testimonies of a lot of English parliamentarians. They describe Mrs. Singleton as an Iranian regime’s agent. Also her husband Masoud Khodabandeh is working for the Iranian regime. They have described her this way, and it has particularly been stated by a Member of Parliament. Actually, the most critical information has been provided by Win Griffiths.”

While visiting Evin Prison, Win Griffiths spotted Mrs. Singleton in the corridors there. Terrible crimes are taking place in this prison, which is believed to be the most secret and most brutal of its kind. While Anne Singleton was in Evin Prison in 2004, Mr. Griffith saw Mrs. Singleton in the company of some officials there. He saw how she walked freely in prison’s corridors. She was joking with the prison officials. “This is unimaginable.” This is unexplainable,” said Levy.

Additonally, Lord Corbett prevented a press conference organized by Anne Singleton from being held in a building belonging to British Parliament in November 2005. The conference was precipitated by Alain Chevalérias. Lord Corbett’s testified that Mrs. Singleton had been identified as an agent.”You can’t be more English than Lord Corbett,” Levy stated.   A testimony with Corbett’s own signature identified  Sobhani one of the organizers of the press conference. Sobhani is the person who was arrested in Paris by French police with a knife in his hand, after he attacked and wounded a person who opposed a rally set up against NCRI. Levy stated, “Sobhani is one of Chevalérias main sources of information.”

In a court held on December 17, 2009, Thierry Levy was also defended Yves Bonnet, former head of France’s anti-terrorist Organization. Though one of its agents, Ehsan Naraghi, as well as two of its others, Iranian regime, filed a complaint against Yves Bonnet for his published book titled ‘VAVAK: At The Service of Ayatollahs’. The book revealed the criminal, spying nature of the Iranian regime, provoking anger among Mullahs and their hirelings.

Thierry Levy used Naraghi’s records as part of his defense. In them, Naraghi supports and justifies torture and killing by the regime, saying that, “Naraghi writes a letter to Ahmadinejad, describing how he’s been fighting against PMOI in the past forty years, due to which he has been favored by Khomeini and former Presidents, and that he’s been praised by Khomeini for his services. He then suggests Ahmadinejad to launch a costly trial and hire a prominent lawyer. He later requested Ahmadinejad in another letter for financial assistance.”  Levy continued, “Naraghi has even sent the invoices and fees for Ahmadinejad! There’s also a recorded tape from Naraghi in which he once again asks for money. Despite that, he says he’s been defamed, whereas he is the one who introduces VAVAK agents to French Judiciary to testify against NCRI”  Levy added that “behind his cultured, intellectual and delicate mask, there is a character that provokes disgust in the court. He has written in his book as well as said in the court that torture is justifiable …”

Le Monde’ described Thierry Levy,  “Of all his contemporaries, he is undoubtedly the one who has most thought the job of defending.”