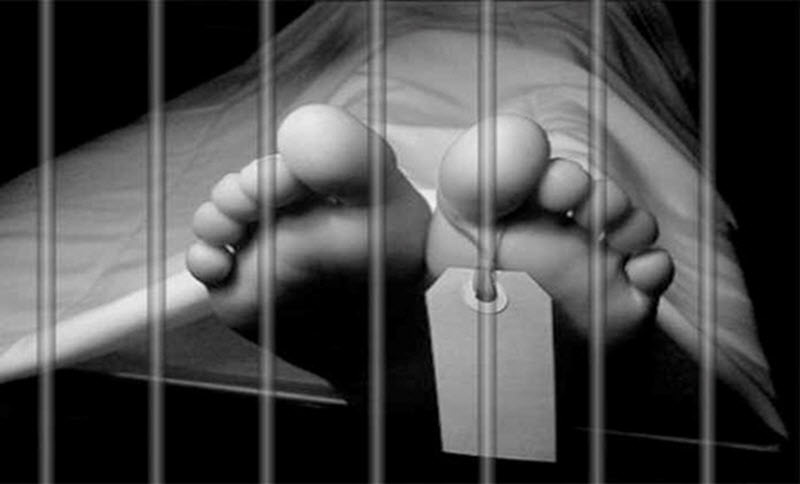 Although evidence points toward something quite different, Iranian President Hassan Rouhani continues to project himself as a defender of human and women’s rights. In Iran’s prisons, the statistics regarding suspicious deaths of political prisoners seems to be increasing.

For instance, recently the case of political prisoner Alireza Shirmohammadali, came to light. He was reportedly stabbed to death in the Greater Tehran Central Penitentiary last week. One report said, “prisoners in the ward said he had been stabbed so many times that he died before the prison guards got to the scene.”

Shirmohammadali was arrested for messages he had posted on social media on July 15, 2018. Ambiguous charges were brought against him, including “insulting sacred religious beliefs”, “insulting the supreme leader”, and “propaganda against the state.” The charge of insulting Supreme Leader Ali Khamenei can carry the death penalty. These brutal punishments inspire fear in society and deter people from criticizing the regime and its officials.

When 21-year-old Shirmohammadali was killed, he was on a hunger strike. In a letter he wrote prior to his death, he detailed the conditions of the prison in a letter. He wrote, “We went on a hunger strike because of the lack of facilities and threats to personal safety inside the prison… The safety of our lives is of no concern to the prison authorities… Just yesterday, Reza Haghverdi, one of the prison officers, told us very directly that our hunger strike is going to end with death certificates… We have asked the authorities to look into our requests many times but they have not done so.”

Dr. Majid Rafizadeh, the Harvard-educated Iranian-American political scientist who is also the president of the International American Council writes, “The Islamic Republic is obliged to keep prisoners in different sections based on the severity of their crimes and their prior records. Article 69 of the prisons organization’s regulations states that: ‘All convicts, upon being admitted to walled prisons or rehabilitation centers, will be separated based on the type and duration of their sentence, prior record, character, morals and behavior, in accordance with decisions made by the Prisoners Classification Council.’ But Shirmohammadali was with inmates who had been convicted of severe violent crimes, such as murder.”

There are many other cases similar to Shirmohammadali’s. Last year, during the anti-regime protests, Vahid Heydari, a street peddler, was arrested. According to state-owned media outlets, the 22-year-old died in police custody. His death stirred anger among many Iranians, who expressed their feelings on social media. The authorities alleged that Heydari had killed himself in prison.

Another prisoner was Sina Ghanbari, a 23-year-old student. According to the Iranian regime, Ghanbari hanged himself in a bathroom in the notorious Evin Prison.

24-year-old Iranian Kurd, Saru Ghahremani, was found dead in the city of Sanandaj. His death prompted Iranian actress Bahareh Rahnama to write on Twitter — “This kid was neither political nor a protester, nor a rebel, nor an outlaw, he had simple but big wishes for himself: Like making his mother happy! Why should he be killed?”

When Iranian-Canadian environmentalist Kavous Seyed-Emami allegedly committed suicide in prison due to the evidence of spying against him, there was an uproar over the tragedy.

While the regime claims that its prisons are kept in good condition in order to protect the prisoners’ human rights, but according to Amnesty International and other human rights organizations, Iran’s prisons are overcrowded, unhygienic, and violent.

In general, prisoners do not have access to safe drinking water, medical care, food, or fresh air, and they are exposed to infectious disease. Denying access to lawyers, being forced to confess, and being subjected to systematic torture are among the other methods practiced across Iran’s prisons.

The fact that the number of people dying in Iran’s prisons is increasing should cause alarm in the international community and particularly the UN Human Rights Council.

Dr. Rafizadeh says that it is the country’s duty to prevent such atrocities and promote human rights. The EU must hold Tehran accountable, instead of attempting to appease the Iranian regime.