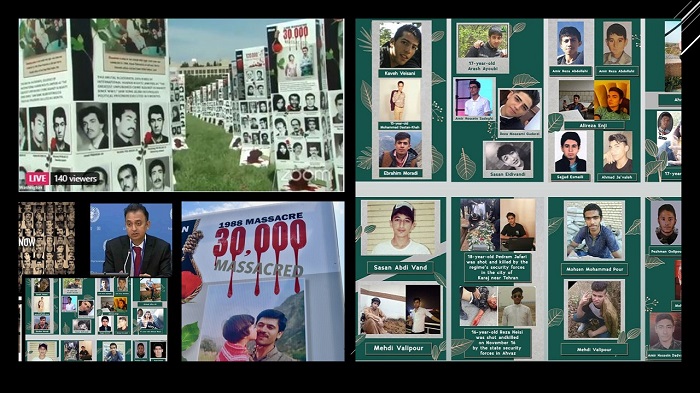 According to Ali Bagheri, the US and EU always look for common ground over Iran when seeking to negotiate with the mullahs. The two most recent interest areas are Iran’s nuclear program and the way it goes about interfering in the affairs of neighboring countries. The problem lies with the inability of the Iranian regime to communicate well with anyone. What the EU and the US do not seem to recognize is the level of human rights violations that take place regularly in Iran.

Everything comes to a head when the Iranian people say enough is enough and organize national street protests. This happened in November of last year when a peaceful protest ended up with 1,500 participants being massacred by the regime’s security forces.

The People’s Mojahedin Organization of Iran (PMOI / MEK Iran) said that there have been at least 1500 killed in the November 2019 uprising in Iran. (PMOI / MEK Iran) also released the names of 504 slain protesters.

Fortunately, not all organizations are sitting on the fence. Just a few days ago, Amnesty International finally released its report related to human rights abuses against prison detainees arrested in 2019. The report is called “Trampling Humanity – Mass Arrests, Disappearances and Torture Since Iran’s 2019.”

The report mentions the use of the following:

Amnesty International’s new report about #HumanRights abuses in #Iran’s prisons has sent shockwaves across the world.https://t.co/LmNNENCA8Q

Recently, in an initiative by the Iranian National Sports Champions, members of the National Council of Resistance (NCRI) of Iran and 48 Iranian sports champions wrote to the UN Secretary-General, the International Olympic Committee President demanding that they take action to stop the wrestling champion, Navid Afkari, from being executed.

This sort of terrorist behavior of the mullahs started soon after the 1979 Iranian revolution. Since that time anyone from writers, to intellectuals, human rights activists, important personalities, and all members of the MEK, the main opposition organization, is on the Iranian regime’s death list.

After the Iran-Iraq war came to a close, more than 30,000 political prisoners, mostly MEK/PMOI supporters, were executed in just a few months. They were buried in mass graves and their families never knew where to find them.

According to the MEK, the Iranian main opposition group, over 100,900 have died from COVID-19, but the regime refuses to admit to this number. It is using the pandemic as a way of instilling fear in the people, so it has done little to save people’s lives and even less money has been spent on PEP.

In #Iran, a Third #Uprising Looms in the Wake of a Mismanaged Coronavirus Response.
The Iranian regime’s #mishandling of the #coronavirus is arguably poised to fuel even more intense and far-reaching expressions of dissent soon.https://t.co/6xtScGjziT

Khamenei openly said that he sought to create an opportunity from the pandemic so with his president, Hassan Rouhani, they have made no effort to prevent human fatalities but has used it “to pacify and demoralize the Iranian society, rendering it hopeless and paralyzed.”

Death appears to be the “Ayatollah’s trade” and he has shown he is good at it. Sooner or later the Iranian people will become organized and will rise up and overthrow the regime by themselves and with the help of MEK and the wider resistance movement.