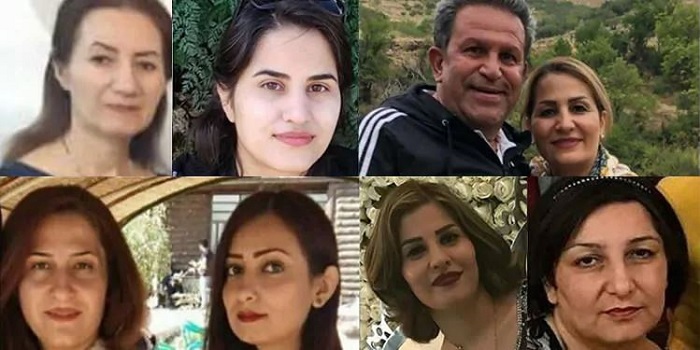 The Baha’i faith community is one of Iran’s most persecuted religious minorities. Because Iran’s Constitution does not recognise the Baha’i faith as an official religion, the Iranian government is unafraid to spread false narratives about the community and has for decades denied the Baha’is many rights, including property ownership, equal burial rights, access to higher education, and so on.

Four Baha’is were sentenced to five years in prison

Four Baha’is were sentenced to five years in prison for attempting to access higher education. Their instances expose the horrific nature of Iran’s security and judiciary systems. Because none of the Baha’is committed any crimes, they were singled out and convicted just for attempting to enrol in universities.

One of the four defendants was a graduate of the Baha’i Institute for Higher Education (BIHE). BIHE is an independent, web-based university founded in 1987 to provide educational alternatives to Baha’is who are banned from attending Iranian public or private colleges. The accused was described by the judge as an “activist in a secret, illegal, educational organisation,” referring to the BIHE.

This judgement shows that, in the eyes of Iran’s judicial system, the simple act of Baha’is teaching and giving educational activities to other Baha’is is equivalent to “propagating and spreading” their faith, despite the fact that the court’s finding never demonstrated a link between the two acts.

They were denied admission to the university

The case against two of the defendants began when they were denied admission to university only because they belonged to the Baha’i faith. In response, they used every legal tool available to combat religious discrimination, including letters to the Ministry of Science, Research, and Technology and the President’s office, as well as meetings with members of Parliament.

They were later accepted to an Iranian institution that did not ask them to disclose their religious beliefs on their application. When university administrators found that the two students were Baha’is, they both were expelled. The defendants were convicted by the court for their online statements about the injustice of Baha’is being denied university educations, which the court described as “accusing the Islamic Republic of ethnic discrimination.”

The fourth defendant was chastised for opening a day-care centre, which was equated with spreading Baha’i teachings among children. However, no meaningful proof was presented to substantiate the accusation.

All four Baha’is were found guilty of “acting against national security through the Baha’i cult organisation and posting falsehoods online” by the court and sentenced to five years in prison each. Being a student at an online Baha’i university, according to the Iranian judiciary, is equal to “organising against Iran’s national security.”

Instead of continuing to waste time and money repressing innocent and defenceless communities who are well-wishers and lovers of their nation, the Iranian government should focus on the country’s many critical challenges.