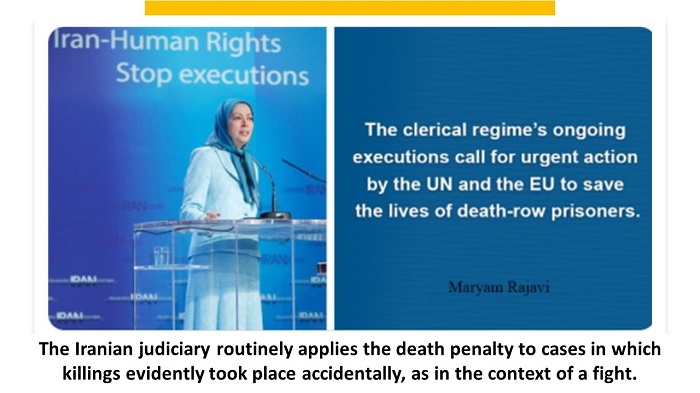 The  People’s Mojahedin Organization of Iran (PMOI / MEK Iran), and the National Council of Resistance of Iran (NCRI) reported that overall, Iran sets its own standards for what it constitutes is an appropriate judiciary process and mode of punishment.

The deteriorating human rights situation in #Iran makes it more urgent for the international community to take action.#HumanRightshttps://t.co/OsLnrirhau

Ali Baqeri Kani said the following: “The politicized, unfair, unjust and unprofessional treatment with human rights concepts and issues does not open a knot and does not solve the problems of human beings, but rather downgrades human rights into a tool for advancing the illegitimate goals of superpowers.”

At the same time, Kani praised the Iranian regime’s approach to drug trafficking, which even included the use of the death penalty.

He said that sanctions imposed on the regime had meant that the regime was unable to get the military equipment it needed to combat drug crimes and the death penalty had not been imposed.

The largest number of yearly executions

“Overall, the largest number of Iran’s yearly executions has been carried out on individuals who were convicted of non-violent drug crimes.

This has changed in recent years following the parliament’s adoption of new sentencing laws, but these laws have been arbitrarily and inconsistently applied, with the death penalty still being implemented especially for alleged drug traffickers who are also members of religious or ethnic minorities.

What’s more, although the annual rate of executions has declined, it remains the highest in the world, as a function of the national population. This is so because the Iranian judiciary routinely applies the death penalty to cases in which killings evidently took place accidentally, as in the context of a fight.

What makes matters far worse is that the death penalty is imposed quite arbitrarily without any accountability.

But far worse than this is the fact that the death penalty is also applicable to a range of offenses that would not be recognized as crimes in most any other country, such as “spreading corruption on earth,” “insulting sanctities,” and “enmity against God.”

Mrs. Maryam Rajavi is the President-elect of the National Council of Resistance of Iran’s (NCRI): The clerical regime’s ongoing executions call for urgent action by the UN and the EU to save the lives of death-row prisoners.

The clerical regime’s ongoing executions call for urgent action by the UN and the EU to save the lives of death-row prisoners. #FreePoliticalPrisoners #Iran pic.twitter.com/RfBTVcjqzg