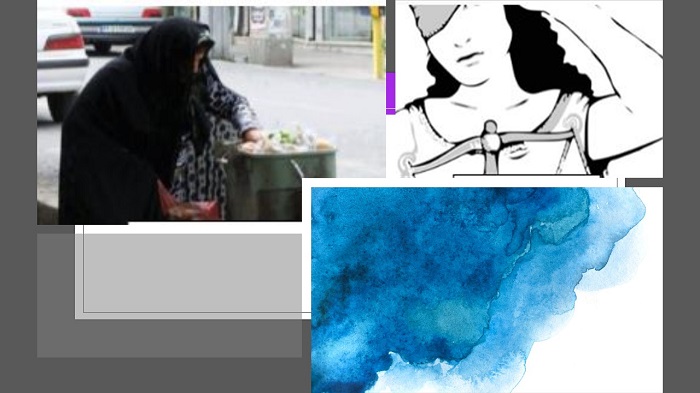 A horrible incident occurred recently in the Iranian city of Ahvaz, in which a man killed his 17-year-old wife with the help of the victim’s brother and then displayed her severed head in public.

This is only one of many horrible female murders in Iran. Many such crimes have been perpetrated in recent years, but only a few have been made public. This crime, along with a slew of others, has become so common that the regime’s official media is compelled to report them in order to emphasize the amount of brutality against Iranian women.

According to the state-run daily Setareh-e Sobh, which reported this occurrence on February 8, ‘women killing’ has become common in the country’s south, with “more than 60 cases of women killing documented from the summer of 2019 to the summer of 2021.” It’s worth noting that the victims range in age from 11 to 15 years old.”

“Looking at the horrors against women in recent years, whether revealed openly or kept from the public, are not specific to one particular class,” the state-run Shargh newspaper said about the rise in crimes against women across the country. Every region of this country is experiencing woman killings, from Gilan to Khuzestan, Sanandaj to Urmia, demonstrating that we are confronting a more serious challenge than a counterculture or tribal-religious prejudice.”

The prevalence of such painful social disasters is due solely to the clerical regime’s degenerate ideology and misogynist policies, which have institutionalized dual repression against women to the point where crimes against women and their murder have become commonplace in every corner of the country.

“Let me write a few words here,” the state-run daily Mostaghel said in a story titled “A few words regarding the death of women in Khuzestan.” Both from the pain of being a woman and the pain of being an Arab in a culture that investigates all flaws, crimes, and mistakes only based on ethnicity, but avoids directing the tip of the arrow at the government, sovereignty, and hidden and overt social issues.”

The paper added, “Those who tell us not to again defend the ‘savage Arabs beheading their wives’ are in reality, the invisible accomplices of the women killing. Instead of questioning anti-human and anti-woman legislation that have been written in the past or are being written, manufactured, and propagated with the support of governments, they are aiming their arrows at the Baluchis, Kurds, and Arabs.”

The situation has deteriorated to the point where this state-run newspaper has been obliged to condemn the regime’s social specialists, who are searching for the reason for such events in ethnic problems. “Throwing the ball in the court of the ‘women killing Arabs’, ‘lizard-eating and girl killing Arabs’, ‘pride worshiping Arabs’, etc. who are people with civilized roots, is exactly complements the project whose ultimate end is internal repression,” it added.

On February 8, the state-run daily Javan referenced social media speeches and said, “These things have become typical for the negligent officials.” Every day, various crimes, murders, and rapes occur in this impoverished country. The largest unanswered puzzle is how the irresponsible leaders who brought the society to this point do not feel guilty, how they sleep at night, and how they shout the victory anthem and trash talk throughout the day. “Can anyone explain why?”

The fact is that this regime’s reactionary and misogynist culture has created the path for such crimes against women since its inception and the formation of the velayat-e-Faqih system (absolute clergy rule). The first victims of this system are women. This makes it even more critical that it be deposed as soon as possible.