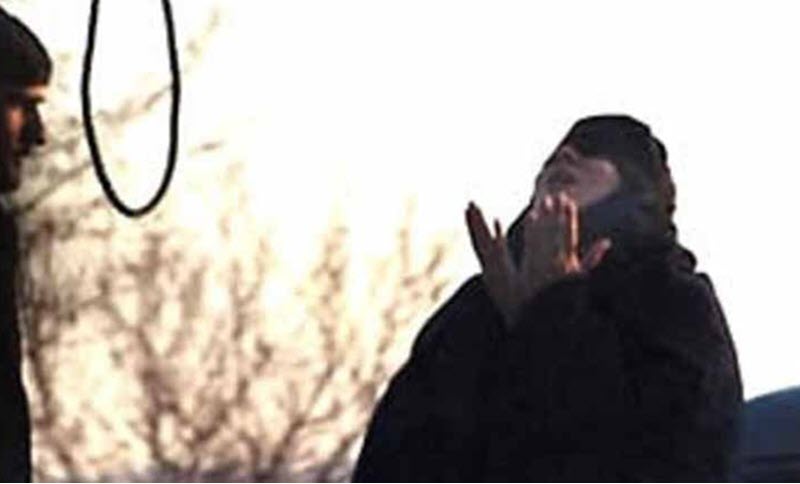 On Monday a prisoner was executed in Babol, Mazandaran province. According to state-run media, the prisoner was charged with murdering two cousins in the Babolkenar forest park.

Another unnamed woman was hanged at dawn on August 25, 2019 in the Central Prison of Mashhad, according to the state-run ROKNA news agency.

She was the 94th woman executed in Iran since Hassan Rouhani took office as President in 2013.

According to international organizations, Iran holds the record of execution per capita. According to the Statistical Center, in 2018, 336 people were executed and 195 others were sentenced to death. Among several of the executed people were juvenile offenders. The report also states that at least 13 executions were held in public. According to the report, more than 72 percent of executions in Iran are not reported by the government or the judiciary, and are carried out in secret.

Arasteh Ranjbar and Nazdar Vatankhah, two in-laws who had already spent 15 years in prison, were hanged in the Central Prison of Urmia, northwestern Iran, on July 23, 2019.

The United Nations Special Rapporteur on the situation of human rights in Iran said in a report circulated to the UN General Assembly August 16, last year saw continuing violations of the right to life, liberty and fair trial in the Islamic Republic, including 253 reported executions of adults and children.