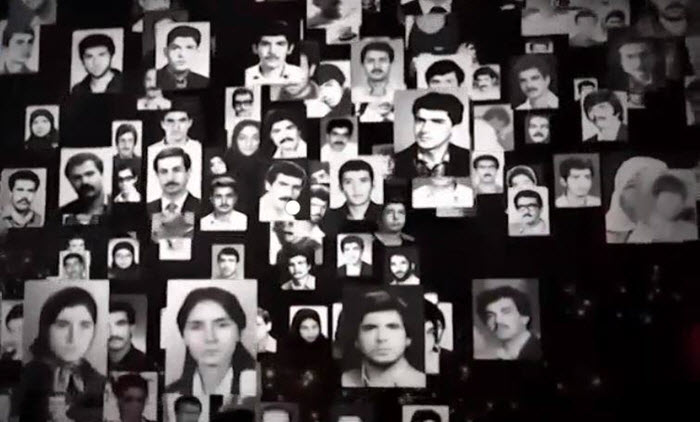 Iranian-American scholar and U.S. foreign policy specialist calls the UN and other human rights organisations to bring justice to Iran’s crimes against humanity, commenting on the audio files recently released on the website of the late Ayatollah Hossein Ali Montazeri.

In an article for Al Arabiya, Dr. Majid Rafizadeh paints a vivid picture of Mr. Montazeri, one of the founders of the Islamic Republic and at one time the designated heir to the Iranian Supreme Leader Ayatollah Rooh Allah Khomeini. Mr. Montazeri never acquired the title and was forced to spend most of his life under house arrest because he openly objected to the regime’s crimes against humanity. The recently released audio files reveal his objections against the 1988 mass executions that took place in Iran.

In the extent of only a few months, the regime executed more than 30,000 people, largely for ideological reasons as most of the victims were followers of the People’s Mojahedin Organization of Iran (PMOI or MEK) and were executed without a fair trial. Mr Montazeri was among the people in power who was asked for his permission to execute 200 prisoners, to which he responded: “I don’t give permission at all. I am even against a single person being executed.”

Mr. Montazeri expressed that he must speak up, or else he would have no way to defend himself on the Day of Judgement. Being a leading cleric, one of the most revered Islamic theologians, Mr. Montazeri was enraged to see the newly founded Islamic State so openly acting against Islamic doctrines. Among other crimes, he noted the regime’s notorious act of executing a pregnant woman in Esfahan which is a prohibited act even for the worst of crimes, according to clerical jurisprudence.

In the audio files, Mr. Montazeri also spoke of executions which took place without a trial, describing a particular case where a sister was brought to see her imprisoned brother. Because she expressed her sympathy towards the PMOI which her brother supported, she was executed a few days later. “It was only two days since they had brought her – when they told her (of the brother’s death), she said, I liked these people. They said the sister was 15 or 16 years old. They said, now that her brother has been executed, and after what she said, execute her too, and they did.”

After these allegations, Mr. Montazeri was dismissed from the ruling elite, at the cost of losing his post as the heir to the Supreme Leader. He lost his influence among the ruling forces, however, his popularity among the people of Iran remained strong. Due to his large following, the government failed to execute him. Mr. Montazeri spent most of his life under house arrest, writing and speaking out against the regime, despite heavy censorship.

The revelation of Mr. Montazeri’s audio tapes has given new insights into the extent of Iran’s crimes against humanity, and their willingness to disguise the brutalities that happened in the summer of 1988 and continue to happen today. This is highlighted by the fact that Mr. Montazeri’s son Ahmad was ordered to remove the audio files from his father’s website shortly after they were posted. This is not surprising, considering the nature of Iran’s ruling elite. Many of the conspirators who oversaw the 1988 executions, now hold ruling positions in office. Mostafa Pourmohammadi, recently appointed as the justice minister and Hussein Ali Nayeri, currently, the deputy of the Supreme Court of Iran are among those officials who held a prominent role of authority at the time of the 1988 executions.This was Nayeri’s response to Mr. Montazeri when he was asked to stop the executions taking place during the month of Moharram: “We have executed so far 750 people in Tehran… we get the job done with [execute] other 200 people and then we will listen to whatever you say”.

This leads to questions about the full extent of the regime’s crimes against humanity, many of which are still taking place, such as the recent mass execution of 25 political prisoners. This calls for the involvement of international human rights organisations and governments, to prevent human rights abuse taking place in Iran. In the words of Dr. Rafizadeh: “This mass execution was pointing to only one summer of the 37-year history of the Islamic Republic. What else is hidden there that we are not aware of?”