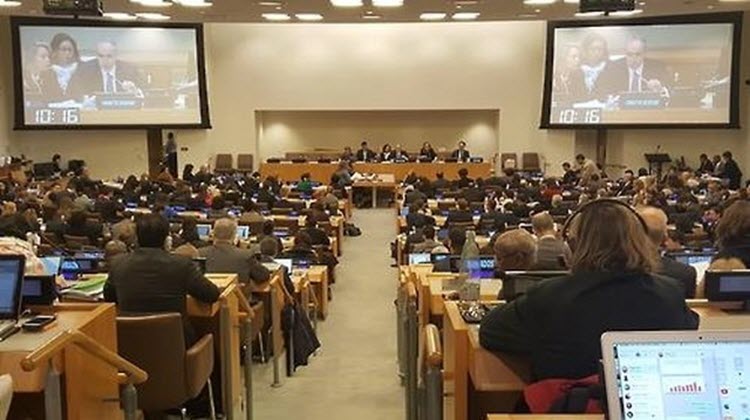 On Tuesday 15th November 2016, the Third Committee of the UN General Assembly adopted a resolution regarding the serious “deterioration of the human rights situation” in Syria. They voiced their absolute condemnation of terrorist interventions, and the intervention of the IRGC (Iranian Revolutionary Guards Corps) in Syria.

A majority of 115 people voted for the resolution, with only 15 opposing it, stated the National Council of Resistance of Iran (NCRI). This shows that the international community wants Iran to stop intervening in Syria.

Terrorist intervention, especially by “the Al-Quds Brigades, the Iranian Revolutionary Guard Corps and militia groups such as Hizbullah, Asa’ib Ahl al-Haq and Liwa’ Abu al-Fadl al-Abbas” is heavily criticised in article 24 of the resolution. The committee also points out that it is extremely concerned “that their involvement further exacerbates the deteriorating situation in the Syrian Arab Republic, including the human rights and humanitarian situation, which has a serious negative impact on the region”.

According to state-run Fars News Agency, the Iranian regime’s representative boldly opposed the resolution saying that the regime will continue to kill and fight in Syria. The regime has said many times that if it does not fight in Syria the “pillars” of rule in Tehran are in jeopardy. Earlier this year Khamenei said: “If the defenders of the Holy Shrine (of Hazrat Zeinab) did not fight (in Syria), we would have to fight in (the western Iranian provinces of) Kermanshah and Hamedan.”

Iranian president, Hassan Rouhani, confessed in February: “If our Armed Forces did not secure our country’s security, if our valiant commanders did not persevere in Baghdad, Samarra, Fallujah, Al-Ramadi, etc., if they did not help the Government of Syria in Damascus and Aleppo, if it were not for the courage of the Army, the Guards Corps (IRGC), the (paramilitary) Bassij Force, and the State Security Force, we would not have any security to enable us to hold such a good negotiation.”

The NCRI said: “Iran’s clerical regime is the prime source of crisis in Syria, the main cause of the empowerment and expansion of Daesh (ISIS/ISIL) in Syria, and the spread of terrorism in vast parts of the world. Eviction of the clerical regime and its IRGC and Quds Force from Syria is the first and most significant step towards ending the crisis in Syria. Any solution that does not include complete expulsion of the Iranian regime and its forces from Syria, is doomed to fail.”