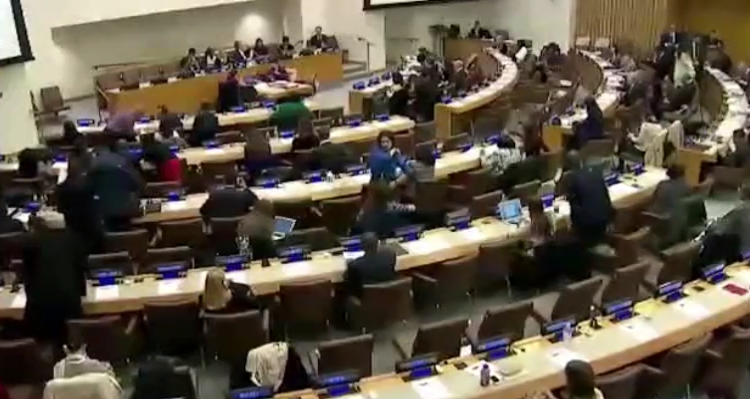 Fox News has reported that a United Nations committee has urged Iran to cease enforced disappearances immediately. It has also denounced the regime’s use of arbitrary detention and is concerned about the “severe limitations on freedom of thought, conscience and religion or belief”.

The measure was approved on Tuesday by the General Assembly’s human rights committee with the result being 85 for and 35 against. 63 countries abstained.

Fox News said: “The measure welcomed pledges by Iran’s president to eliminate discrimination against women and ethnic minorities as well granting greater space for freed of expression. But it also expressed concern over the ‘alarmingly high frequency’ of the death penalty and urged Iran to eliminate laws and practices that constitute human rights violations against women and girls.”

The National Council of Resistance of Iran (NCRI) reports that the Iranian regime executes for crimes that do not qualify as serious. It does this by forcing confessions and executes minors who were under the age of 18 at the time of their offence.

The resolution called on the regime to “end widespread and serious restrictions, in law and in practice, on the right to freedom of expression, opinion, association and peaceful assembly, both online and offline, including by ending the harassment, intimidation and persecution of political opponents, human rights defenders, women’s and minority rights activists.”

President-elect of the Iranian Resistance, Mrs. Maryam Rajavi, said that the UNGA Third Committee’s adoption of the resolution on human rights in Iran is welcome. “The time has come for the international community to end the barbaric and systematic violations of human rights in Iran, particularly the mass executions, and undertake practical and effective measures. Inaction vis-à-vis a regime that has 120,000 political executions on its record –including the massacre of 30,000 political prisoners in 1988– is a flagrant violation of the values and principles the United Nations Organization has been founded on.”