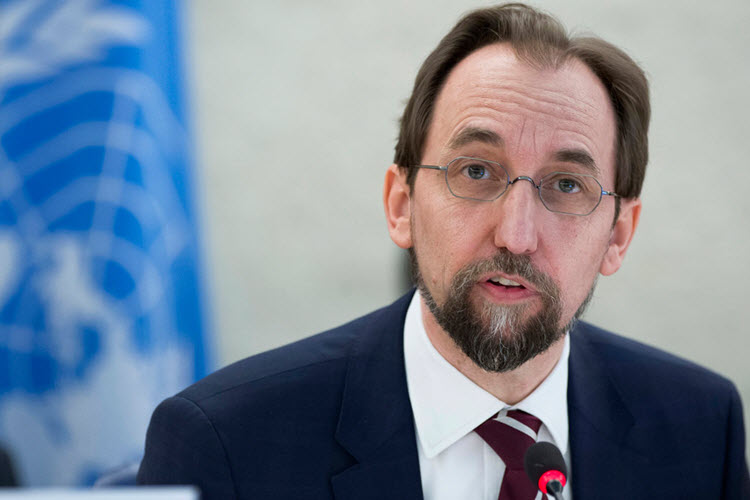 In an article on August 5, the United Nations Human Rights Office of the High Commissioner, Zeid Ra’ad Al Hussein condemned the execution of 20 people in Iran this week for purported terrorism-related offenses.

Most of those executed were Sunnis from the Kurdish community.  There were serious doubts about the fairness of the trials, respect for due process, and other rights of the accused. “The application of overly broad and vague criminal charges, coupled with a disdain for the rights of the accused to due process and a fair trial have in these cases led to a grave injustice,” the High Commissioner said.

Before his execution, Shahram Ahmadi, had allegedly been beaten and coerced into signing a blank piece of paper on which his false confession was recorded. His family members were unable to visit him before he was executed, and were reportedly directed to the cemetery instead of Rajai Shahr Prison, west of Tehran.

High Commissioner Zeid also condemned the execution last month of 19-year-old Hassan Afshar, who was 17 when he was arrested and convicted of rape. “The execution of juvenile offenders is particularly abhorrent and I urge Iran to respect the strict prohibition under international human rights law against this practice,” he said.