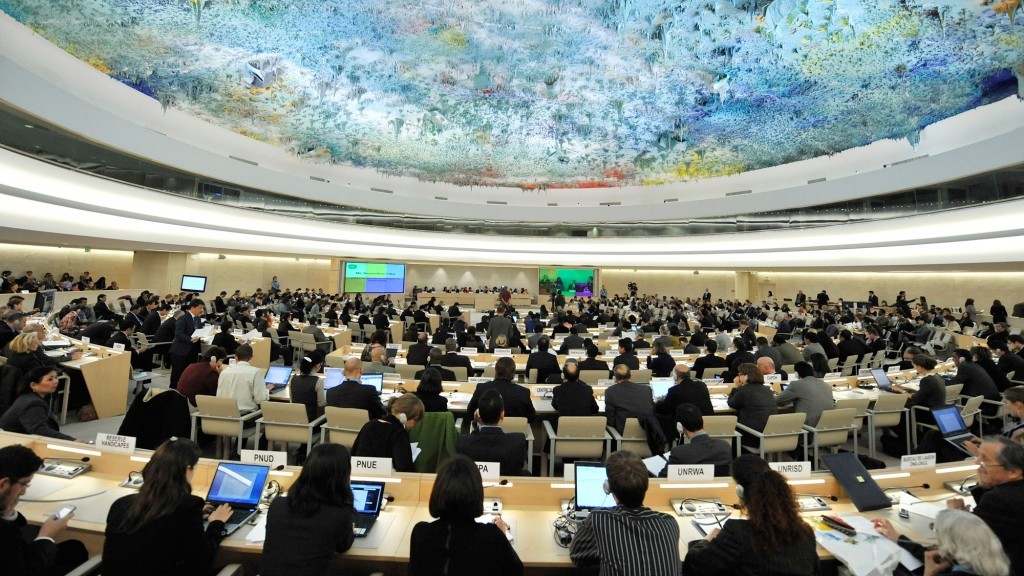 During the discussion about the human rights situation in Iran, many countries raised concerns about the Iranian Regime’s treatment of its people and condemned the mullahs for the sustained violation of the rights of minorities and for preventing the Special Rapporteur from entering Iran to gather information to conduct their mission.

Condemnations of Iran at the UNHRC
Many in the West criticised Iran for its ongoing human rights violations, including the United States, the European Union, Australia, New Zealand, and Canada.

Let’s look at those in more detail.
The EU highlighted Iran’s crackdown on dissidents and protesters, as well as the continued persecution of and discrimination against religious and ethnic minorities, in its condemnation of Iran’s continued human rights violations.

Several EU member states also spoke up against Iran’s human rights abuses, including France, Germany, Belgium, and Denmark.
Germany specifically brought up the fact that Iranian President Hassan Rouhani promised that the Iranian people would be allowed to express their demands and get a response from the Regime, before demanding that the Iranian government implement these unfulfilled promises.

The US, which has been extremely vocal in its opposition to Iran’s brutal crackdown on protesters, once again condemned the Regime for its violence against anti-regime demonstrators. It called upon the Iranian
authorities to fully cooperate with the UNHRC.

Switzerland urged Iranian authorities to stop the human rights violations against its political opponents and bring those responsible to justice.
Other countries that criticized Iran’s human rights record, include: Australia, New Zealand, Canada, the Republic of Macedonia, and Iceland.
The problem is that the Iranian Regime will not change its behaviour based on criticism from the West. After all, it hasn’t done so for the past 40 years. What is needed now is what the Iranian people are calling for: regime change.

During the session, the UNHRC also discussed the latest report on human rights in Iran, which was submitted by Special Rapporteur Asma Jahangir shortly before her death in February.

The report confirmed that the Iranian authorities had been retaliating against Iranian people who were working with the United Nations, even targeting their families too. It also detailed intense discrimination against minorities, dissidents, and journalists, including arbitrary arrests.