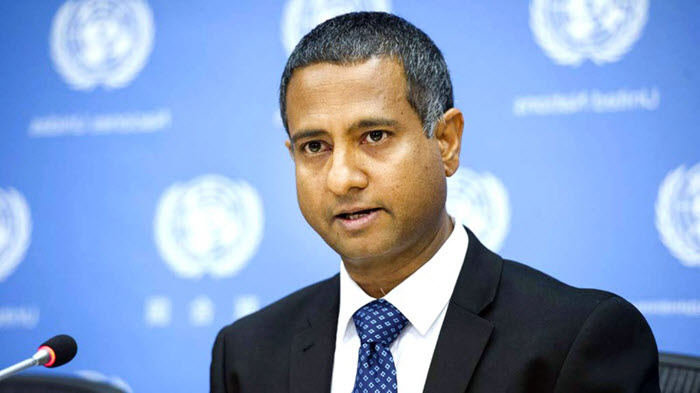 In an August 29 article, the National Council of Resistance of Iran (NCRI) writes that theUN Special Rapporteur on the situation of human rights in Iran, Ahmed Shaheed,who noted that ‘the overall situation has worsened’ with respect to human rights,”earlier this year, has today condemned Iran’s ‘illegal’ execution of 12 people on drug-related charges.

The press release by The Office of the United Nations High Commissioner for Human Rights (OHCHR), which was published today, follows:

GENEVA (29 August 2016) – The Special Rapporteur on the situation of human rights in Iran, Ahmed Shaheed, has expressed outrage at the execution on 27 August of 12 people, including Alireza Madadpour, on drug-related charges. Mr. Shaheed had appealed publicly on 26 August to the Iranian authorities not to go ahead with the planned executions at Karaj Central Prison.

‘The execution of individuals for drug-related offences is simply illegal,’ Mr. Shaheed said, noting that international law only allows the imposition of the death penalty for the ‘most serious crimes’, where there is intentional killing, and after a fair trial that respects the most stringent due process guarantees. None of these conditions were respected, at least in the case of Mr. Madadpour.

‘Combating drug trafficking, a serious concern in Iran, does not justify the use of the death penalty in drug-related cases,’ the Special Rapporteur stressed.

The execution of Mr. Madadpour and 11 others shows the Iranian authorities’ complete disregard of its obligations under international human rights law and especially of international fair trial standards and due process guarantees,” Mr. Shaheed added.

The UN expert renewed his call on the Government of Iran to end all executions and to immediately institute a moratorium on the death penalty.”