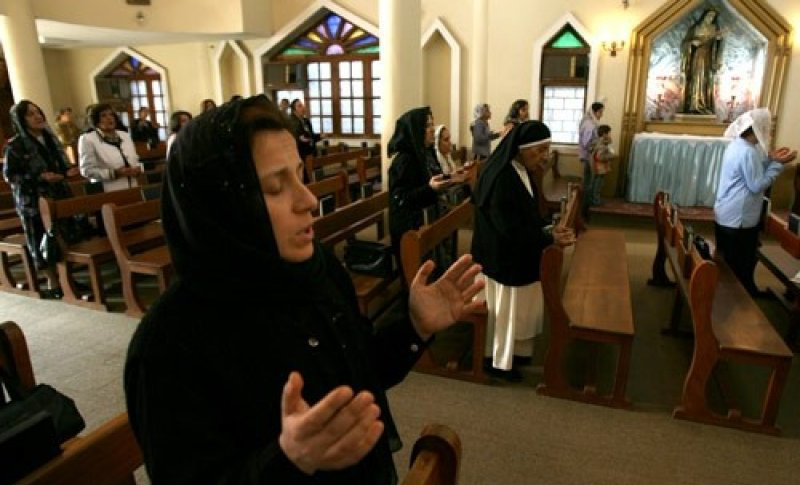 On Monday 23 September 2019 an event was held at the United Nation’s headquarter in New York on “Religious Freedom”.

Religious freedom conditions in Iran has worsened in the past year. In an annual report in April 2019, the bi-partisan U.S. Commission on International Religious Freedom (USCIRF) designated Iran as one of 16 countries of particular concern and raised concerns over severe religious freedom abuses in Iran.

At the United Nations Event on Religious Freedom, Dabrina Bet-Tamraz, daughter of Pastor Victor Bet-Tamraz, who is imprisoned in Iran for his faith, told her story and personal experience of living in Iran as an Iranian- Assyrian Christian.

“My family has been a target of continuous harassment by the Iranian authorities for as long as I can remember. Today, my close relatives and friends are unjustly imprisoned or awaiting trials,” said Ms. Tamraz to the audience.

“When I was in Iran, I endured similar experiences. I was detained and held in men’s detention center without the presence of any female officers. I was forced to provide names of our church leaders and information of their activities. I managed to escape, but I can’t forget those I left behind: my family and the innocent people serving harsh sentences for the peaceful practice of their faith,” she continued.

Ms. Tamraz said that since 2018, more than 200 Christians have been arrested and are “serving harsh sentences.” They are serving lengthy prison sentences and Christians in Iran are just “simply believers attending prayer and worship gathering,” she said.

Dabrina Tamraz said that “in addition to Christians, other faiths including Baha’is, Sunni Muslims, and Sufis also face discrimination and severe restriction to the freedom of religion,” and she called on the international community gathered in New York to “hold Iran accountable for its mistreatment of religious freedom and prioritize religious freedom as a foundational human right for all.”

“I am appalled to hear reports that Iran’s despotic rulers have punished yet another Christian woman for exercising her freedom to worship,” said U.S. vice president Mike Pence in a tweet.
Mrs. Maryam Rajavi, the President Elect of the National Council of Resistance of Iran (NCRI), has repeatedly called on the United Nations Security Council to hold the leaders and officials of the Iranian regime to account for four decades of crimes against humanity and the violation of human rights in Iran.

Mrs. Maryam Rajavi mentioned in her “Ten Point Plan for Future Iran” that “We (the NCRI) are committed to the separation of Religion and State. Any form of discrimination against the followers of any religion and denomination will be prohibited.”