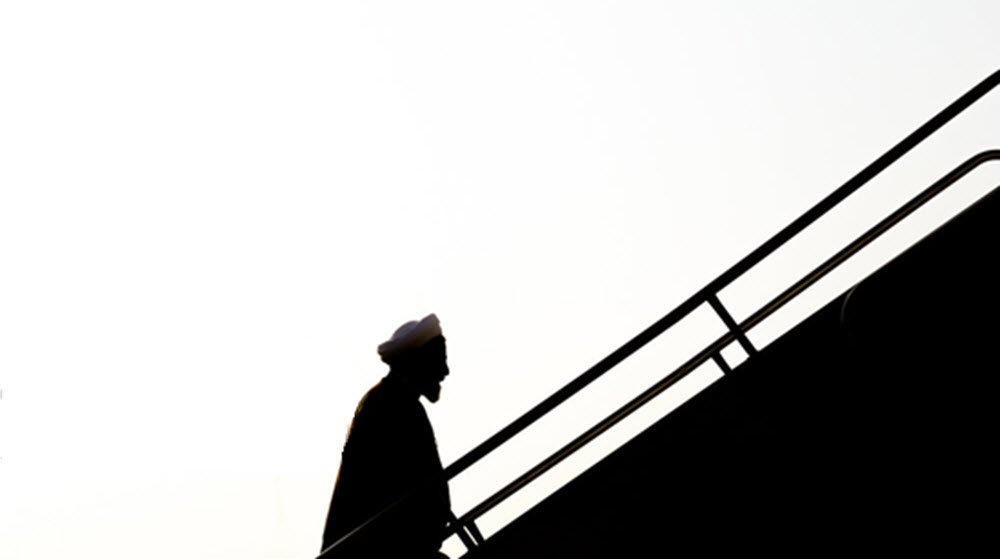 Newly elected to his second term in office, Iran’s president oversaw more than 3,100 people hanged during his first term. Some 100 executions were carried out in July of this year, several of them in public, and at least one involving someone who was a minor at the time of his alleged crime.

Executing minor offenders is a violation international human rights conventions, yet dozens of minors are on death row today, along with 5,300 adults. The Islamic Republic states that it will accept no “foreign imposition” upon its domestic affairs.

So, when Iranian President Hassan Rouhani addresses this year’s United Nations General Assembly when it convenes this week, it is unlikely that he will address Iran’s domestic human rights abuses.

An audio recording of Hossein Ali Montazeri deriding senior officials for the massacre of 30,000 political prisoners in the summer of 1988 surfaced last year. Montazeri was set to take over the country’s supreme leadership, but after he chided officials over their butchery, he was sentenced to house arrest for the rest of his life. The leaked recording provided chilling details of the crimes, and sparked unprecedented public dialogue, compelling some regime officials and direct participants to acknowledge, and even defend, the massacre.

The National Council of Resistance of Iran (NCRI), and its main constituent group, the People’s Mojahedin Organization of Iran (PMOI), whose activists comprised the majority of the victims, previously called for international action, but their calls went unheeded. Optimistic Western powers believed in that the moderates would shift the power in the Iranian regime. However, Rouhani is an example of one such “moderate.”

While reports of Iran’s past and present human rights abuses continue, including this year’s report by the UN special rapporteur on human rights in Iran, Asma Jahangir, Rouhani’s presence at the UN is welcomed. This attitude is at odds with Ms. Jahangir’s report, endorsed by UN Secretary General Antonio Guterres.

Protestors, including Iranian expatriates, supporters of the PMOI, and other opponents of the Iranian regime are planning their own “welcome” for Rouhani. This contradiction will be condemned by those who insist that he is responsible for the regime’s abuses.

In fact, Rouhani was an official in 1988, and although aware of what was happening, unlike Montazeri, Rouhani didn’t speak out. Even more surprising for a “moderate”, he has surrounded himself with cabinet ministers and advisors who are known participants in, and defenders of, the 1988 massacre.

During his first term, Rouhani appointed Mostafa Pourmohammadi as Minister of Justice. Pourmohammadi served as one of four individuals on the Tehran “death commission” that issued the death sentences in 1988. Rouhani has subsequently removed Pourmohammadi, but replaced him with Alireza Avayi. who held essentially the same position on a 1988 death commission, only he held it in a different province.

Condemning the 1988 massacre while welcoming Rouhani year after year, makes no sense. The Islamic Republic’s appalling human rights record did not end with the 1988 massacre or with the election of the “moderate” Rouhani, and begs the question of why the UN and its member states give him a public platform. It sends the wrong message.