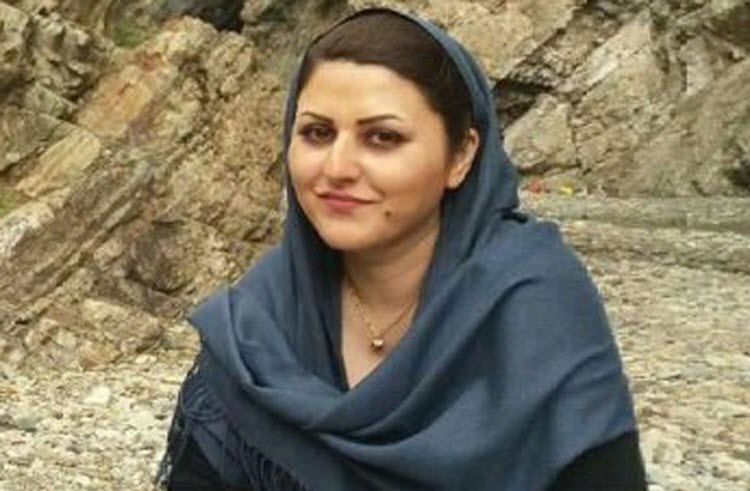 Ebrahimi Iraee has allegedly been transported to the women’s ward at the Evin Prison in Tehran, after a violent house raid with no official summons. The authorities also broke down Ebrahimi Iraee’s front door with violence and took her to Evin Prison where her husband was already being detained.

She was tried and sentenced to six years in prison at the Revolutionary Court in Tehran where she was denied the chance of a fair trial. The two lawyers whom she had appointed to represent her, were either pressurized into dropping her case or barred from attending the court altogether. Due to serious health problems, she was unable to represent herself in court – the court rejected her request to adjourn, even after she had provided the court officials with her medical records.

The court ruled her guilty of charges of “insulting Islamic sanctities” by writing her story about the vile practice of stoning in Iran. The story is unpublished, but the Iranian authorities found a copy while conducting a house raid.

Arash Sadeghi, Ebrahimi Iraee’s  husband, is currently held at the Evin Prison where he is serving a fifteen-year sentence on charges of “spreading propaganda against the system”, “gathering and colluding against national security” and “insulting the founder of the Islamic Republic”, despite his human rights activities being peaceful in nature. He described being ‘punched in the head, kicked, slapped and choked while in custody,’ as reported by Amnesty International. He has since started a hunger strike to protest his wife’s arrest.

The story that Ebrahimi Iraee wrote looks at the reaction of a woman who has watched the film The Stoning of Soraya M. The film tells the story of a woman being stoned to death for the ‘crime’ of adultery. The protagonist in Ebrahimi Iraee’s story burns a copy of the Qur’an as her emotional response to seeing the film.

Amnesty International have demanded that Ebrahimi Iraee be immediately released and described this as yet another display of the Iranian regime clamping down on artistic expression and freedom of speech.

“Golrokh Ebrahimi Iraee is the latest young writer and activist to be caught up in Iran’s relentless crackdown on artistic expression. Her imprisonment for peacefully voicing her opposition to stoning is a terrible injustice and an outrageous assault on freedom of expression. It is also a shocking and deeply disturbing display of support for the cruel and inhuman punishment of stoning,” the Deputy Director for the Middle East and North Africa, Magdalena Mughrabi, commented.

“The Iranian authorities must break this cycle of injustice and immediately and unconditionally release Golrokh Ebrahimi Iraee. We also urge them to ensure that her conviction is quashed. Instead of doggedly intimidating and imprisoning critical voices, the authorities should abolish this cruel punishment once and for all,” she said.

Mughrabi also criticised the ongoing use of stoning in Iran, recognised as a legal punishment. “Instead of doggedly intimidating and imprisoning critical voices, the authorities should abolish this cruel punishment once and for all.”