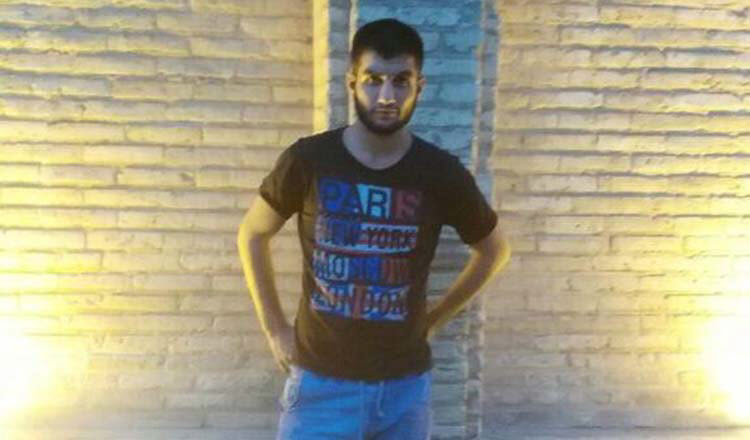 When he was 19 years old, Sina Dehghan was arrested by the Islamic Revolutionary Guards Corps (IRGC). The arrest took place in October 2015 while he was on guard duty at military barracks where he had been enlisted. He was only four days away from ending his military service.

The Center for Human Rights in Iran said that Dehghan and two other men were charged with “posting anti-Islamic content on social media”, “insulting the Prophet” and “insulting the Supreme Leader of Iran”.

The exact content of the insults are unknown to the public, but they were in the form of messages on the application “Line”.

Mohammad Nouri who was arrested at the same time has also been handed a death sentence while the other man has been given a seven year term which was eventually reduced to three following an appeal.

Insulting the Supreme Leader of Iran is punishable by 16 months in prison, whereas insulting Mohammad is treated as a capital offence in Iran. However, if the person claims that their insults to Mohammed were an exclamation of anger, or if they were said by accident, the sentence can be reduced from death to 74 lashes.

Dehghan was told that he would be pardoned if he confessed to his crimes and repented, but he was in fact sentenced to death.

A source said that Dehghan’s family had been promised that his case would be in a stronger position if they did not discuss the arrest and imprisonment with the media. They were threatened that any contact with the media would not do any good for the case. The family complied with the demands of the authorities.

Mohammad Nouri who was arrested at the same time has also been handed a death sentence while the other man has been given a seven year term which was eventually reduced to three following an appeal.

Dehghan is said to be suffering from depression in Arak Prison where he is currently being held. He is incarcerated alongside murderers and drug offenders and his jaw was broken by another inmate recently.

Dehghan’s lawyer has requested a judicial review but the options are very limited and it remains unsure that he will be able to escape the death sentence. His mother has said that she remains hopeful that there will be a positive result from the review and hopes this whole incident will soon end.