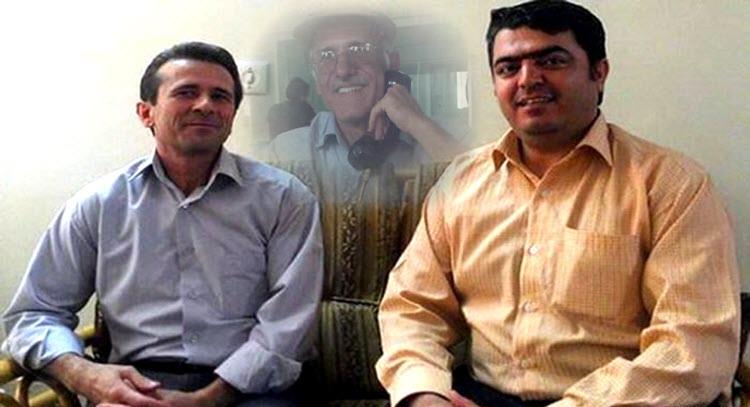 Reports from inside Iran indicate that several political prisoners in Tehran’s notorious Evin Prison are on hunger strike.

The National Council of Resistance of Iran (NCRI) has reported that Political prisoners Jafar Azimzadeh, a worker’s rights activist, and Ismail Abdi, Secretary General of Iran’s Teachers’ Trade Association (ITTA) are on the seventh day of an indefinite hunger strike.

They provided a statement with their reasons for going on hunger strike. They said that they are protesting against the “crackdown on civil activities and gatherings and strikes by workers and teachers, wages below the poverty line, a ban on independent and free gatherings to mark International Workers’ Day and Teachers Day in Iran and violations of basic rights of Iran’s workers and teachers”.

They also confirmed that their hunger strike commenced on 29th April and will continue indefinitely.

Ali Moezzi, another political prisoner and a relative of some members of the People’s Mojahedin Organization of Iran (PMOI or MEK) – Iran’s main opposition group – has also announced that he will join the hunger strike in solidarity with the others. He will start the hunger strike on 6th May. In a statement he said: “A regime which suppresses civil associations and activists would never provide for the trampled rights of teachers and laborers.”

Mr. Moezzi, a political prisoner of the 1980s because of his support for the PMOI, is currently suffering from several diseases, namely cancer and acute kidney disease. His health has continued to deteriorate following years of torture at the hands of the Iranian regime and the systematic denial of medical treatment. Two of his daughters are PMOI members.

Teacher Mahmoud Beheshti Langaroudi, former secretary general and current speaker of Iran’s teachers’ union, is presently imprisoned in Evin Prison. He started a hunger strike on the 20th April in protest to the 14-year sentence he had been handed. Since the 2nd May he has been on a dry hunger strike.

Mr. Langaroudi was detained on 6th September 2015 following a raid on his home. The regime’s so-called revolutionary courts sentenced him to 14 years in prison. This is not the first time he has been imprisoned – he has been arrested and tortured, physically and psychologically, on several occasions over the past few years.