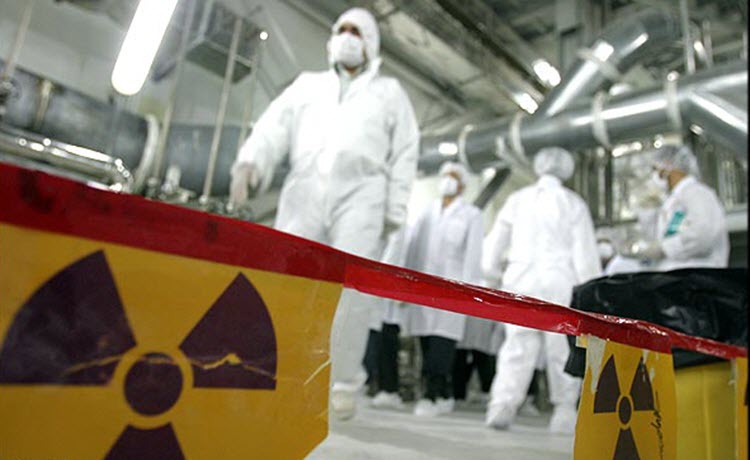 An opinion piece by the Wall Street Journal (WSJ) writes about Congressman Mike Pompeo and a visit he made with Senator Tom Cotton to the International Atomic Energy Agency (IAEA) in Vienna in the summer of 2015 over their concerns related to Iran’s outlawed nuclear activities.

The WSJ says the during that trip Rep. Pompeo and Senator Cotton learned of two secret codicils to the Iranian nuclear deal, that according to the WSJ article, the Obama Administration failed to disclose to Congress.

Congressman Pompeo claims that when pressed for the details of these codicils, Secretary of State John Kerry denied ever having read them.

When Donald Trump has asked Congressman Pompeo to lead the Central Intelligence Agency, the Kansas Republican was denounced by liberals as a “hardliner”. However many believe that there is benefit in raising questions and gathering information that perhaps might shed light on issues that may prove difficult to the Administration.

Mr. Pompeo opposed the Iranian nuclear deal in part because of the perceived diplomatic cunning that he believes he and Sen. Cotton uncovered in Vienna. One of these deals concerned the nuclear agency’s inspection of the Parchin military facility, where the Iranians were suspected of testing nuclear components. The other concerned Iran’s non-answers to questions about the possible military dimensions of its nuclear program.

Both issues speak to the question of whether Iran’s compliance with an agreement would be verifiable. The IAEA was permitted one inspection of Parchin, where it discovered uranium traces, and the agency later issued an exculpatory report on Iran’s military work to facilitate the deal’s implementation.

The IAEA also reported this month that Iran exceeded its heavy-water limit for the second time this year.  The Administration has thus far ignored this, because the Iranians reported it, and have promised to unload the excess to another, undisclosed country.

Last week the nonpartisan Institute for Science and International Security performed a detailed analysis and it will be interesting to see what they find. Authors David Albright and Andrea Stricker note that, “IAEA reporting is so sparse as to confirm suspicions that compliance controversies are being deliberately omitted from the report.” This would make the CIA’s job of investigating Iran’s nuclear programs all the more important.

The question is, how should the incoming Administration treat the nuclear deal, called “disastrous” by Mr. Trump?  Mr. Pompeo tweeted last week before his nomination that he wants to see the deal rolled back. However, a unilateral U.S. withdrawal would also make it almost impossible to rally a world coalition for new global sanctions against Iran. Besides, this may be viewed by Iran as a reason to run off and build the bomb.

Possibly the best strategy would be for the Trump Administration would be to announce that it will honor the deal reluctantly, and enforce it unsparingly. That puts the responsibility on Tehran for any violations. It would include enforcing the “economic snapback” that the Obama Administration promised.

Additionally, the Trump Administration may resume enforcement of current U.S. sanctions on Iran for its support for terrorism and human-rights abuses. Holding financial institutions who are doing business in Iran accountable for “know your customer” rules may be a good place to start, as would a resumption of sanctions on banks like Sepah, which funds Iran’s ballistic-missile program.

The Trump Administration will have to move carefully to avoid diplomatic missteps with allies and adversaries. Repairing the Iran deal won’t happen overnight.