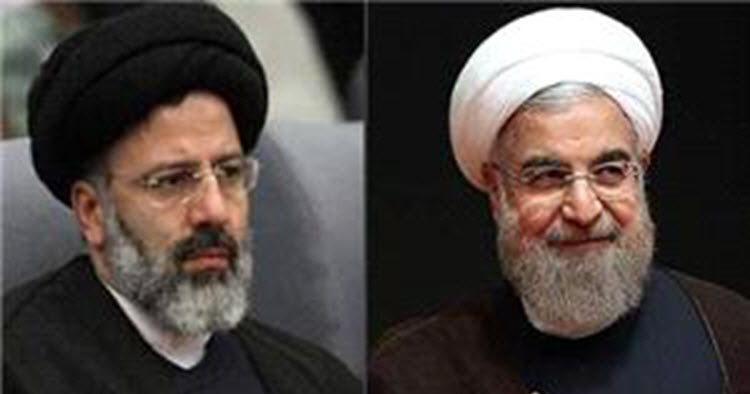 The choice in Iran’s presidential election Friday is between incumbent Hassan Rouhani, and known participant in the 1988 Massacre, Ebrahim Raisi.

Rouhani is still the apparent frontrunner, however, his challenge from Raisi may be more difficult than expected.  Raisi rallied religious traditionalists around him, as well as working-class voters who are disillusioned with the economy.

The economy is a driving issue in this campaign, as the Islamic republic struggles with a 12.5-percent unemployment rate and little growth outside the oil sector.

The Nuclear Deal won praise for Rouhani when it eased sanctions with world powers. Still, the promised foreign investment has not occurred, and Raisi has criticized Rouhani’s lack of support for the poor.

Djavad Salehi-Isfahani, an economics professor at Virginia Tech in the US who blogs about the Iranian economy, wrote, “Rouhani stemmed the decline, but he over-did the austerity. Inflation was already falling. He failed to jumpstart the economy by spending more on development projects.”

Raisi highlighted his charitable credentials as head of the powerful Imam Reza foundation. He has also vowed to create jobs. There doesn’t seem to much in the way of detail on how he plans to do that, though.

Rouhani says that patience is needed for his plans to bear fruit, but it may be too late for him to win over struggling families.

Turnout will be the biggest issue in the election, according to Clement Therme, of the International Institute for Strategic Studies. “The regime needs participation. What matters most is the turnout, not the result,” he said. “It’s a difficult balance: if they control too much, people won’t bother voting. But they can also use this part of the system to express their dissatisfaction.”

Supreme Leader Ayatollah Ali Khamenei has called for a massive turnout, as low turnout this year is a fear for the Islamic regime, because many are disillusioned by the lack of improvements after past elections.

With its approval by the Supreme Leader, Raisi supports the 2015 Nuclear Deal with world powers, but has attacked the Rouhani government for his “weak” stance during negotiations, and for having failed to cash in on the deal. “We should not show any weakness in the face of the enemy,” he said in a televised debate, a statement that raises the possibility of deepening tensions with Washington.

“The nuclear issue is not decided by the president and the future of the deal will depend on the Trump administration which is trying to change Iran’s behavior with the threat of force,” said Thermes.

The deal curbs Iran’s nuclear program, in return for an easing of sanctions.

With civil liberties being the key to his 2013 victory, Rouhani has brought them forward. He states that his conservative opponents represent “violence and extremism” and that their era is over. Still, over the past four years, he has struggled to make headway against Iran’s conservative-dominated judiciary and security services.

Raisi has emphasized that his wife is an independent and highly educated professional, in an effort to present a relatively liberal image, but his gender-segregated rallies are in contrast to that image.

Foreign trade is large issue — the government says it needs $50 billion a year in foreign capital to get the economy moving, but investors and global banks remain nervous about remaining US sanctions and Iran’s financial system.

In the meantime, Khamenei has called for a self-sufficient “resistance economy”, a call taken up and emphasised by Raisi. In a country heavily dependent on oil exports, this is unrealistic.

Salehi-Isfahani said, “No one is taking the ‘resistance economy’ idea to the extreme of Venezuela-style efforts to control prices and markets. Everyone sees some room for trade.”