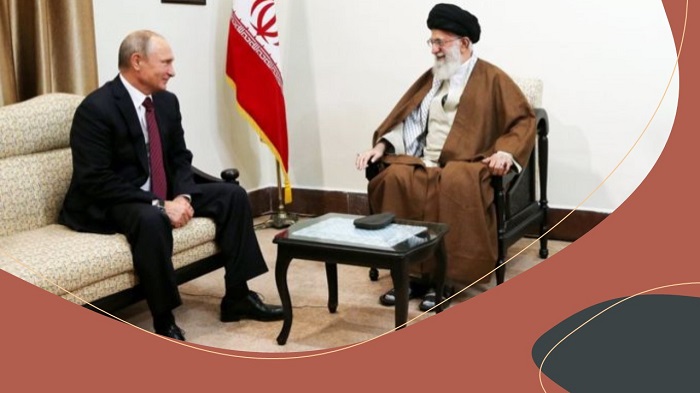 Last week, the Vienna negotiations on Iran’s extremely contentious and dubious nuclear program took a turn for the worse. Following the imposition of harsh international sanctions as a result of its aggressive invasion of Ukraine, Russia has been attaching the future of the talks to a new set of demands.

Tehran should, by rights, be denouncing such a move by Moscow, because Russian President Vladimir Putin is actually holding the Iranian regime’s interests hostage in order to undercut his government’s recent sanctions. However, no such complaints have been raised by senior Iranian regime officials, leading one to believe that the mullahs want Russia’s support at any cost.

This has led to recent concerns expressed by Iranian state media. The state-run Etemad daily published an article on March 12 that emphasized on this developing and delicate topic. “Russia’s raising new issues, which have no purpose other than holding Iran’s interests and the JCPOA hostage, has exacerbated fears over the negotiation’s fate,” the article details, referring to the 2015 nuclear deal’s formal term, the Joint Comprehensive Plan of Action (JCPOA).

“The reason behind Russia demanding guarantees notwithstanding, we need to precisely and comprehensively analyze the status quo to surpass this crisis. If Russia’s request is not handled properly, Iran would be thrown into a new cycle of unending hostilities. Such a matter can lift the pressure off of Russia from the Ukraine issue and return it to the Middle East,” the article adds.

This unexpected turn of events has raised eyebrows and sparked doubts about the conditions surrounding the nuclear talks, including whether or not a final agreement has been reached.

According to an article published in the Iranian regime’s state-run Resalat daily on March 12, “the lingering issues in Vienna have not been resolved.” “Even if Russia had not mentioned its recent positions, we would almost certainly not be witness to a final agreement,” the piece continues, “because guarantees have not been provided regarding the JCPOA’s future, and sanctions imposed on our country by the previous US administration after leaving the JCPOA will not be fully lifted.”

The mullahs’ regime’s approach to Russian relations has allowed Putin to exploit Iran’s interests as a pawn in a bigger chess game involving world powers and concerns far beyond Iran and the Middle East. As a result, many in the Iranian leadership are beginning to question if a positive turnout is now beyond their control, if not impossible.

With Iranian regime Supreme Leader Ali Khamenei looking to Russia and China in recent years, it has become clear that, contrary to claims made by Khamenei and his regime’s officials, the regime has been forced to sell Iran’s economic and political independence to Moscow and Beijing, two parties that clearly do not have the Iranian people’s best interests at heart and do not regard Tehran as a peer.

At this very moment, Tehran is auctioning the Iranian people’s oil to China for cheap in exchange for products, gravely harming Iran’s domestic output. To make matters worse, the mullahs are currently negotiating a terrible 25-year agreement that will give China an even larger piece of Iran’s economy in exchange for very little.

The Iranian regime is also negotiating a second “strategic agreement” with Russia, which is already being derided by the Iranian public as the Second Turkmenchay Treaty, which gave over vast areas of Iranian territory to Tzarist Russia during Iran’s Qajar monarchy in the 19th century.