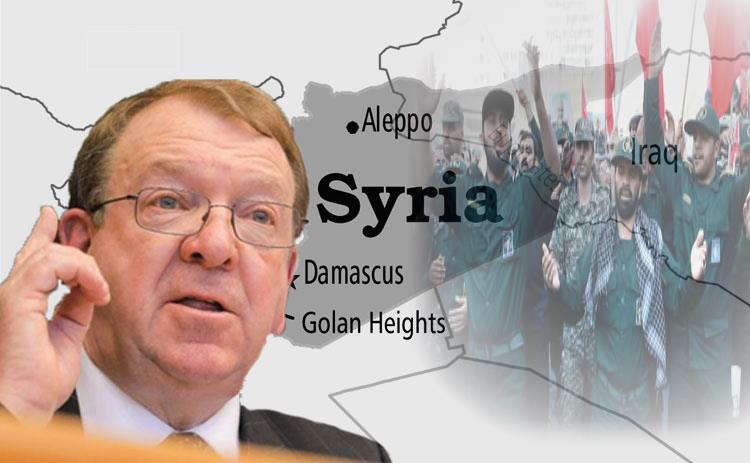 The EIFA (European Iraqi Freedom Association), on Saturday, issued a statement urging the international community to take immediate action in order to put an end to the Iranian regime’s military presence in Syria.

The full statement, which can be viewed in its entirety on the NCRI’s (National Council of Resistance of Iran) website, was issued by Struan Stevenson, President of the EIFA. He highlights the importance of Iran’s army being obliged to immediately withdraw from Syria.

Stevenson states that “Iran’s army entering the war in Syria is a blatant violation of international law”. He said that the international community must act quickly.

During the sixth year of combat in the Syrian revolution, Tehran has increased the number of IRGC agents (Islamic Revolutionary Guard Corps), as well as regular military units. They are participating in a “brutal campaign” against the people of Syria.

Numerous special commandos of Iran’s army have been killed during recent weeks – another indication of the regime’s increased military presence in Syria. The IRGC’s failure, in the Aleppo’s zone in particular, and the many casualties have reportedly forced Khamenei, Iran’s supreme leader, to send the country’s regular army to Syria to “bolster pro Assad forces in this criminal war”.

Mr Stevenson ended the statement with a reminder that tens of thousands of criminal militias (including Afghan and Pakistani mercenaries) have joined the Iranian army and the IRGC in their massacre of the Syrian people.