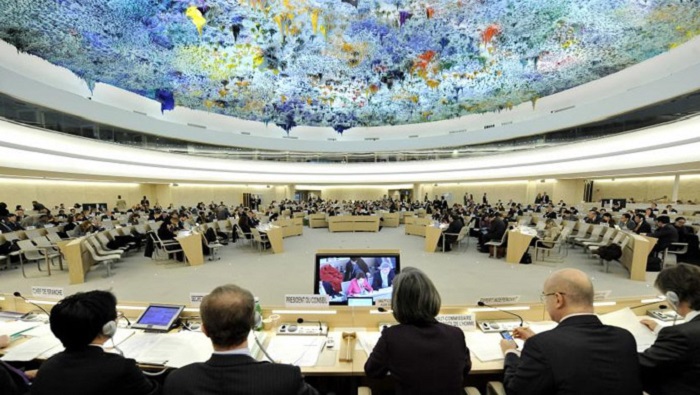 Amnesty International has issued a report to the United Nations Human Rights Council, which will conduct its forty-ninth regular session from February 28 to April 1, 2022, in the Palais des Nations in Geneva, calling for immediate action to avoid continued human rights abuses in Iran.

“Renew the mandate of the Special Rapporteur on Iran; engage thoroughly with the findings and recommendations of the Special Rapporteur’s upcoming report, and increase its focus on the crisis of systemic impunity in Iran for past and ongoing crimes against humanity and other gross and systemic human rights violations,” Amnesty International urged the Human Rights Council.

The report follows another 200-page report from Amnesty International, which called for an international probe into the 1988 execution of Iranian political prisoners. The 1988 massacre was labeled as a “crime against humanity” in the report, which also stated that the absence of investigation and responsibility for the primary offenders had resulted in the continuance of systematic human rights violations in Iran.

In its most recent report, Amnesty International expressed concern about the continued deterioration of Iran’s human rights situation, calling for “the creation of an impartial, independent mechanism on Iran to address entrenched impunity for the most serious crimes under international law, with a mandate to collect, consolidate, preserve, and analyze evidence for future investigations and, if there is sufficient admissible evidence, prosecutions.”

It’s worth mentioning that the UN Human Rights Council’s agenda includes the renewal of Javaid Rehman’s mandate as Special Rapporteur on the Situation of Human Rights in Iran, which is expected to be approved for another year, prompting worry among Iranian regime officials. Rehman has called for an end to impunity for human rights violations in Iran in his previous report, involved in the 1988 massacre and the terrible suppression of protestors in November 2019.

The Iranian Resistance’s and activists’ persistent efforts around the world have contributed to bring attention to Iran’s human rights situation and the mullahs’ regime’s crimes. Since the mullahs seized control in 1979, violence, executions, and human rights violations have been central to their rule. They will employ extortion and other threats to keep the international community from holding them accountable for their human rights violations because they know that if they back down from repression and executions, their authority would crumble.

The international community, the United Nations, and countries must now take action. There is no excuse for turning a blind eye to Iran’s continuous human rights violations.