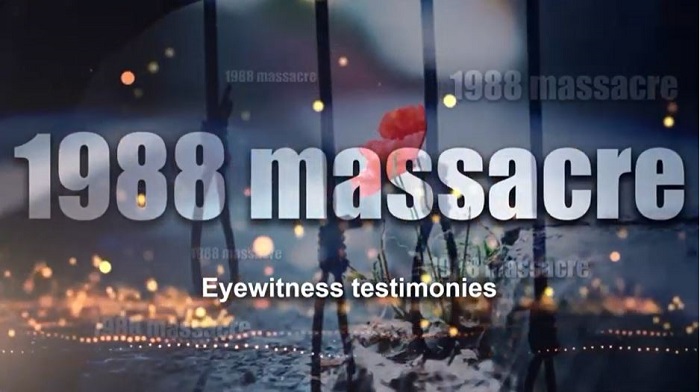 The trial of Hamid Noury, an Iranian prison officer accused of torturing inmates in the Gohardasht prison (Karaj) and taking part in the 1988 killing of thousands of political prisoners, began on Monday in the District Court of Durres, Albania. Noury is currently on trial in a courtroom where many of his victims are testifying about how he and other regime officials tortured and killed detainees.

Akbar Samadi spoke about the horror that occurs in prisons

The trial’s first 34 sessions were placed in Stockholm’s District Court. In November, the judge agreed to move the trial to Albania, where thousands of members of the People’s Mojahedin of Iran (PMOI / MEK Iran) live, at the request of the prosecutors. The massacre of 1988, in which the state killed over 30,000 political detainees, mostly targeted MEK members.

During Monday’s hearing, former political figure Akbar Samadi spoke about the horrors committed in Iran’s terrible jails. Samadi was arrested when he was 14 years old in 1981 and sentenced to ten years in prison for aiding the MEK. He was transported to Gohardasht jail in April 1986.

Samadi was at the upper floor of Gohardasht’s Ward 2 on July 30, 1988, around the time the massacre of political prisoners began. The prison guards moved Samadi and several other inmates out of the ward and into the “Death Corridor,” where they waited for their time to confront the Death Commission, a committee responsible for selecting who would survive and who would die. Ebrahim Raisi, the current regime’s president, and Mostafa Pourmohammadi, the former justice minister, were among the commission’s members. Political detainees were summoned one by one by the Death Commission, who decided their destiny in trials that lasted only a few minutes. Those who refused to denounce their support for the MEK were sent to the gallows right away.

The Death Commission was acting on the orders of Ruhollah Khomeini, the regime’s supreme commander, who issued a fatwa declaring anyone who continues to assist the MEK to be an enemy of God and deserving of death.

Detainees learned about the executions

When the detainees learned about the executions, Samadi’s lawyer inquired about their spirits.

“They had very high spirits while they were all ready for death,” Samadi said, adding that “some of the inmates joyously talked and joked in their final hours.”

“I was filled with rage and depression.” “I couldn’t believe they were being executed,” Samadi expressed his disbelief. “On August 6, I heard a noise from the prison clinic and saw Nasser Mansouri being brought in.”

Samadi was sent to Evin prison in February. He saw Moghiseh and Noury there.

“Even though I didn’t expose myself to them, Noury noticed me and remarked, ‘You got away from us.’ “You should have been put to death,” Samadi stated.

Samadi suffered from terrible back pain and migraines after his release from prison. Doctors told him that the executions were to blame.

Several witnesses to the 1988 massacre and families of the victims gathered in front of the Durres court and spoke to the press about the Iranian regime’s crimes against MEK members and dissidents while the trial was underway.

A huge gathering of MEK sympathizers attended a protest march

MEK members in Ashraf 3 staged a memorial for the victims of the 1988 massacre at the same time. Many political prisoners talked about and related experiences of horrors committed in Iran’s jails during this ceremony. Hundreds of former political prisoners are currently housed at Ashraf 3, and many of them were willing to testify before the Stockholm court. Only a few people were accepted as plaintiffs in the case due to time constraints.

Meanwhile, a huge gathering of MEK sympathizers attended a protest march in front of the court in Stockholm, where Noury and his lawyers are attending the trial via video conference. The activists want a wider tribunal that would include other offenders and organizers of the 1988 massacre, like regime president Ebrahim Raisi and supreme leader Ali Khamenei.

The slaughter in 1988 has been called a war crime and a crime against humanity. It is also referred to as “genocide” by legal experts, and it should be investigated by international tribunals.